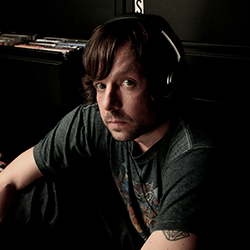 Since 2003 Tim Riley has served as Vice President of Music Affairs for Activision/Blizzard, the world’s largest video game publisher, subsidiary of Fortune 250 Company Vivendi Universal and one of Fast Company’s “Most Innovative Companies.” In this role, Tim is responsible for overseeing the growth and development of music and audio needs worldwide for Activision’s multi-million-dollar game franchises, including Call of Duty, Skylanders, Destiny, Guitar Hero, DJ Hero, James Bond, True Crime, Spider-Man, Tony Hawk, and many others.

Tim has been a trailblazer in the entertainment industry for the last 20 years, bringing extensive music industry depth to the interactive and digital media space. His close relationships with artists and talent management has enabled Riley to license more than 3,500 songs, culminating in numerous critically-acclaimed and award-winning video game soundtracks, and has structured product, promotion and marketing deals with renowned artists and bands including JAY-Z, Eminem, Taylor Swift, Metallica, Lady Gaga, Sex Pistols, The Rolling Stones, Jimi Hendrix, Billie Joe of Green Day and Matt Bellamy of Muse, for live performances, events, television campaigns, in-game character appearances, the recording of original game-specific music and more.

Considered to be the leading authority in the music and video game space, Tim is responsible for overseeing content relationships and identifying strategic partnerships and next generation distribution channels to open up new revenue streams. He has structured royalty agreements with record labels and music publishers for on-disc content and downloadable music, and in 2007 he pioneered digital distribution and downloads of music via outlets such as Xbox Live Marketplace and iTunes.

Prior to joining Activision, Tim was the founder and president of two bi-coastal corporations: Westies Music and GO BIG! Entertainment, both music and entertainment lifestyle companies specializing in music supervision and licensing for films, video games and action sports videos. Additionally, he has held positions in A&R with Jive Records-Zomba Publishing, Revolution/Giant Records/Warner Music Group and Geffen, working with industry giants such as Clive Calder, David Geffen and Irving Azoff, and has served as showcase coordinator for the CMJ Music Marathon.

Tim is a regular guest lecturer at the University of California Los Angeles and University of Southern California, and has been an invited speaker at more than 50 industry events including the CMJ Music Marathon, South By Southwest, MIDEM, Music & Media Finland, Electronic Entertainment Expo, In The City, North By Northwest, New Orleans Media Experience and the Billboard Music Conference. He is recognized as one of the most creative minds on this new music frontier, and has garnered acclaim in such reputable outlets as Rolling Stone, Playboy, Billboard, LA Times and MTV. Tim is also the executive producer for Soundgarden’s “Black Rain” and Megadeth’s “Sudden Death,” each nominated for an award at the 53rd Annual Grammys.

Tim Riley worked as a music supervisor on the feature film, “Couples Retreat,” and was the inspiration behind Vince Vaughn’s character, “Dave,” who worked as a Guitar Hero salesman in the film written and directed by Jon Favreau. Tim also worked with the film production crew and game development team to identify code and note-track the song “Lonely is the Night” by Billy Squier.

Tim Riley is a voting member of the Academy of Recording Arts & Sciences (NARAS) and the Academy of Interactive Arts & Sciences (AIAS), a member of the Guild of Music Supervisors, a board member and creative consultant for the National Blues Music Hall of Fame and a board member for scoreAscore.com. In 2004, Riley received the first-ever MTV Video Music Award for “Best Soundtrack for a Video Game” for Tony Hawk Pro Skater 2.

Tim Riley studied mass communications at Southeast Missouri State University and has earned an Executive Certificate in Leadership Management from the Mendoza College of Business at the University of Notre Dame, with a focus on Effective Leadership, Leading Teams and Organizations, Executive Leadership Strategies and Advanced Negotiations & Strategies for Conflict Management. He currently resides in Venice, CA.