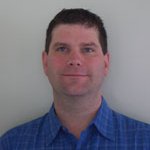 Rob McDermott is the CEO of Mad Mac Entertainment, boasting a roster of cutting-edge talent including Wayne Static, Matt Toka, White Arrows, Polaris at Noon, Gemini Syndrome, and The Audition.

In a career spanning 20 years and stretching around the world, McDermott is best known for his time working with Linkin Park between the years 2000 and 2009. During that time, he was instrumental in helping the band and their associated side projects sell over 50 million albums worldwide.

Adding to his knowledge base, in 2011 he co-founded “The Industry Group,” a digital consulting and management agency, where he works with online and offline companies to manage ideas and execution in various stages of development.

McDermott began his career in the music industry at Columbia Records in 1990. By 1992, he moved into management, working his way from Intern to Manager at Concrete Management.