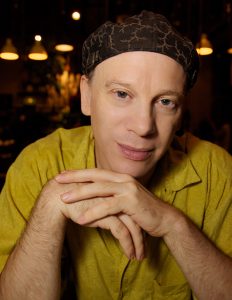 Rob Schwartz is an experienced entertainment specialist, music producer, music journalist, film producer, record label executive and entrepreneur who has been active for more than 20 years on the entertainment scenes in the US and Asia. His journalistic work has appeared in Time, Newsweek, Variety, The Hollywood Reporter, NME, URB, Q and many others. He is currently the Asia Correspondent for Billboard magazine, a position he’s held since 2007.

In 2002 Rob was appointed Executive Producer of Play Label, a Tokyo-based, cutting edge dub, reggae and breakbeat record company. Rob oversaw the release and promotion of original CDs by Sly & Robbie, DJ Spooky, Susumu Yokota and many others.

In 2005 he founded Dynastic Records, whose particular focus was to merge dance and rock genres. Dynastic produced the first anti-war charity CD of popular Japanese music ever. Peace Not War Japan was released in 2006. The CD has a selection of underground Japanese hip hop. Rob produces all releases on the label.

In 2010 Rob was an Executive Producer for the US feature film Putty Hill. It won a host of awards and the New Yorker magazine chose as one of its Top Ten for 2011.

In 2018 Rob was an Executive Producer of the US feature film Bernard and Huey, which is directed by indie legend Dan Mirvish (co-founder of the Slamdance film festival) with a screenplay by Pulitzer prize/Oscar winner Jules Feiffer. It stars Oscar-winner Jim Rash and well-known actor David Koechner.

Rob is an investor and partner in tech and entertainment start-ups around the world, particularly in the US and Japan. Current projects include Otosen Japan, where he is Director of International Business and the concert creation/VR concert studio Moshpit in Los Angeles. Rob brings the critical insight of a journalist and the business savvy of company executive to establishing new artists and brands, and producing successful visual and musical work.