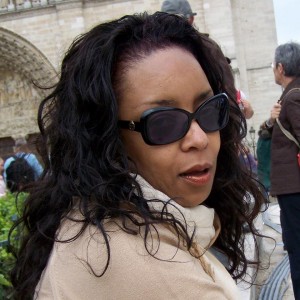 An immensely driven music executive with 20+ years of music industry experience working for several major labels and independent clients in creative positions. Pamela has worked in numerous diverse aspects of licensing including but not limited to film and television licensing, clearance for compilation use, soundtracks, music searches and music supervision. Her background also includes working with assorted departments including marketing and brand partnerships to augment cross-promotional opportunities available via licensing.

Pamela has made several careers connecting people with the things they need and love. Her ability to unite people with others as well as services, music and vocations has led to my being a powerhouse in myriad industries. From humble beginnings as an assistant at RCA Records, and P.Diddy’s right hand at Uptown Records to running P.Funk Music Video Promotion; from thriving business owner to bright upstart then top executive in the fashion world, Pamela has excelled in everything she has set her mind to and amassed a rolodex of global contacts.

PlutonicGroupSyncs, established in 2012 by music industry veterans Beanz Rudden and Pamela Lewis-Rudden, is a boutique sync-licensing agency that specialises in songwriting, music production and curation for syncs, digital & editorial content [Television, Films, Advertising and digital projects]. As creative music consultants, we work with a select global network of publishers, labels and artists to bring you the best in music today…Innovation, creativity and skill go into each project – our focus being on finding the perfect soundtrack for every scene.