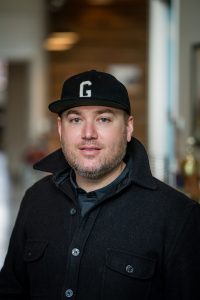 Ryan is the Founder and CEO of Marmoset — a full-service music agency based in Portland, Oregon, specializing in music licensing and original music production for brands, film, and TV. Ryan co-pilots Marmoset’s creative teams and spends most of his time studying people and human systems — constantly deconstructing the status quo, pushing boundaries, and searching for a better way to lead and nurture people.

A fiery advocate of creators, makers and artists, Ryan gave a TED Talk about “leading creatives amidst a modern landscape” and has traveled far and wide sharing his ideas and experiences on topics of music, branding, and leadership at places like TEDx, SXSW, CMJ Music Festival, and beyond. An Oregon native, Ryan first realized his passion for music as a College Radio DJ at his alma mater, Southern Oregon University in Ashland. Since then, he’s worked in a variety of roles in the creative agency arena, advising brands, bands, record labels and award-winning filmmakers.

Under Ryan’s leadership, Marmoset landed on the Inc. 500 List, ranked #6 in “The Fastest Growing Private Companies in Oregon,” ranked in “The 100 Best Places to Work in Oregon,” among many other awards and accolades. Ryan also maintains a journal at Nurture Theory, where he shares some of his more fascinating and impactful experiences, specifically focusing in on a new way of leading and achieving high performance among teams of people, and is currently pursuing related coursework at MIT and The Wharton School of Business at the University of Pennsylvania.