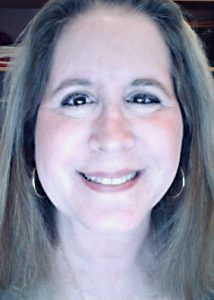 “It starts as a single thought, embraced with my heart and soul…only to be delivered to the world so to touch another.” Sharon Weinbrum recited this the very moment she finished writing her very first song! And to this day, it is the basis to which she approaches every song she creates.

Sharon Weinbrum is an Adult Contemporary & Pop songwriter whose music has been well received and praised by music professionals, as well as her music peers, throughout the United States and World. In addition to her own songs, Sharon collaborates with other accomplished songwriters.

Sharon writes songs that are honest and can resonate with the listener so to embody their true feelings and emotions. She embraces every musical note and lyric in the process be it a beautiful, heartfelt ballad and/or a fun, sexy, and catchy pop song or anything in-between. Her distinctive and beautiful melodies, in addition to her expressive and universal lyrics, take you through the musical journey that sets the mood and are authentic to her.

One of the producers she works closely with is the Regional Emmy Award-winning producer, engineer, film and song composer, Rodney Whittenberg of Melodyvision Productions who has composed music for over 34 Films and TV shows amongst his many other credits.

“…Sharon’s style of songwriting makes you sit up and take notice…creative, unique, emotional, passionate, fun. She has a true gift of writing the best and most beautiful melodies.”

“…You’re enormously talented and dedicated. It’s a real pleasure to be working with you.”

Sharon is currently in production with multiple songs for release in the first quarter 2022 as well as additional new songs slated for 2022.

All current and future songs are available for license to Film/TV/Advertisements and other commercial projects.