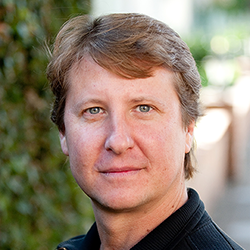 Having joined the society’s Los Angeles office in 1995, LeMone has spearheaded ASCAP’s outreach efforts to the film and television production community and the video game industry. He has been instrumental in the development of industry standards for television performance data and educating production companies on the role of performance rights. In addition, he is among those at the forefront of ASCAP’s efforts exploring and employing strategic and technological innovations to better serve its composer and publisher members.

Prior to ASCAP, LeMone served as the Foreign Levies Administrator for both the Directors Guild of America (DGA) and Writers Guild of America (WGA) from 1991 to 1995. During his tenure at the Guilds, he developed and administered a large royalty account derived from levies on the sale and rental of video tape in Europe.

LeMone graduated from UCLA in 1991 with a degree in Social Psychology. He has organized and participated in seminars at UCLA, the Society of Composers and Lyricists, American Film Institute, Game Developers Conference, Austin Music Foundation, California Lawyers for the Arts and the California Copyright Conference, where he served as President of the Board of Directors.

Back to Speaker Page