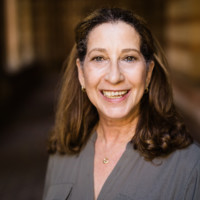 In the high-stakes world of Hollywood entertainment, Sindee Levin is at the forefront. Ms. Levin is a veteran entertainment attorney whose credentials include business affairs at major film studios, music publishing, mechanical collection, and extensive private practice. She is a well-respected authority that ensures her clients will be represented and fairly compensated for their creative efforts. “Most lawyers know how to make publishing deals, but they do not know how to really get their clients paid. I do, “she says. As a consultant to Credit Lyonnais, MGM/UA, Polygram, and Universal Music Group she has a comprehensive view of corporate entertainment enterprises but exerts undeniable advocacy for the creator. “As tough as I am, I do care about people,” says Levin.

The daughter of Irving H. Levin, a noted film producer and theater owner (National General Corp, now Mann theaters) Ms. Levin grew up around the noted musicians of the day. Elvis lived across the street in Beverly Hills and Sindee’s father produced Charro, Elvis’ 1969 Western. Although her first aspiration was to become an investigative reporter and subsequent studies at UCLA immersed her in the art of the documentary, it was the combination of the legal profession and the entertainment industry that would define her professional domain. She recalls that at Loyola Law School in Los Angeles, while virtually all her classmates aspired to be litigators, she enrolled specifically to specialize in the entertainment business. It was ideal timing as women were just beginning to achieve a long-awaited parity and authority.

Her legal career began at Wyman, Bautzer, Rothman, Kuchel & Sibert, a firm that represented MGM/UA among other mega-clients. The breakthrough Taylor Hackford film, La Bamba, was a prediction of Levin’s future axis of music and cinema. “La Bamba foreshadowed my career in many ways,” she notes. “I was doing film and music and clearances, and later ended up representing the Estate of Eddie Cochran.” Other films, including Rainman and Bright Lights, Big City, offered further experience in the intricacies of licensing music for studio pictures.

La Bamba director, Taylor Hackford, became a principal executive at New Visions Pictures where Ms. Levin was appointed Vice President of Business Affairs. In this position Levin handled agreements related to music acquisition, rights and copyright and negotiated and drafted agreements for motion pictures and television. After a few years at New Visions Levin decided to open The Law Offices of Sindee Levin. The firm has grown to include clients such as City National Bank on film and television rights negotiations. Other clients are Credit Lyonnais and Franchise Pictures who Levin did music evaluations for the bankruptcy trustees of these companies. As her law practice grew, so did Levin’s music catalog.

In mid-1992 Sindee Levin Music was launched and is a thriving domestic and international publishing and royalty collection agency. “Our company has had great success in purchase of and increasing profitability for music client’s catalogs,” says Levin. “I represent over 10,000 titles, all of the clients I’ve acquired myself. The personal touch is especially important in our business,” she observes. Her catalog included a span of songs from evergreen hits like “Kung Fu Fighting.” and Seventies pop classics like “Oh Me, Oh My.”

In 1998, Levin acquired the American Mechanical Rights Agency, Inc. and served as its President. “I discovered the company while tracking royalties. At the time I was calling people and saying, ‘I have found money for you,’” says Levin. AMRA handles licensing of copyrights with record companies: issuing licenses, monitoring accounting and payments; issues synchronization licenses to film, television, radio, and advertising agencies specifying the scope of permission granted to licensee – term, territory, and distribution. In the ever-shifting world of global transmission, AMRA offers expert guidance through all emerging technologies and new media formats: website exploitations, digital downloading, ring tones and ring backs. Among the client roster are jazz luminaries like Keith Jarrett, Meredith Monk, Dave Holland and the estate of the legendary vocalist, Nina Simone. In 2014 Levin sold AMRA to Kobalt but was been retained as a Consultant through 2017.

Levin, a Hollywood veteran has invaluable contacts, education, and expertise; she is a powerful advocate for songwriters, composers, recording artists, music publishers and record labels. A noted expert who speaks at conferences, panels, and seminars nationwide, she is a well-versed authority on international as well as domestic business models. “This is a detail-oriented industry.” It is also a global business; to this end, Ms. Levin retains staff members who speak a variety of languages and who are adept in the business protocol of international cultures. “You can’t simply maintain an ‘American attitude,’” she notes.