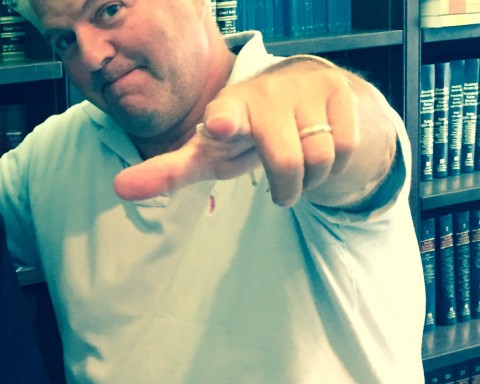 From early childhood through Age 57 (born Sept. 5, 1958, same birthday as Raquel Welch), Simon Rosen has possessed a love, devotion, passion, respect and understanding of music, and of people who comprise the “music business”.  His respect for not only the “stars”, but the human backline- musicians, vocalists, producers, engineers, arrangers, writers, publishers, promoters, publicists, etc.- has been his motivating force for 32 years, and counting.  Rep’ing A-list talent is great, but someone has to look out for the “little guy” too.

Rosen’s late father and grandfather were musical performers.  Simon began studying classical piano in his early childhood, and his abilities shifted towards popular music during his college years. In 1983, fresh out of law school at age 24, he joined Philadelphia Volunteer Lawyers for the Arts. At age 25, he commenced representing such luminaries as legendary rock n roll manager David Krebs of Contemporary Communications (Aerosmith, The Scorpions, et al.).  Rosen has continued to strive to protect and advance the rights of those in the music community.

Rosen specifically chose to reside and raise his family in Philadelphia, outside the higher pressure cookers of NYC and Los Angeles. Easier to chill, and easier to avoid being swallowed up by the business.

His professional asscociations have included  membership in the National Academy of Recording Arts & Sciences, Songwriters Guild of America, B.M.I.,  Philadelphia Volunteer Lawyers for the Arts, and former counsel for S.P.A.R.S. (Society for Producers and Recording Studios, a former consortium of the industry’s major recording studios).

In the 1990’s, Rosen authored a highly acclaimed column in urban music tip sheet, “IMPACT”, entitled: “LEGAL CORNER: SIMON SEZ”, providing a mix of legal and practical advice, and wit. For many years, IMPACT was the Billboard Magazine of the urban music scene, especially during the dawn of rap and hip hop.

Rosen has lectured across the United States on a wide range of music business topics, including entertainment law, setting up your own record company, publishing, urban music, production deals, joint venture label deals, putting out your own CD, and management contracts. He taught Copyrights in The Music Business as an Adjunct Professor at Drexel University, and has lectured on drafting

entertainment contracts at Rutgers School of Law and elsewhere

Currently, Rosen moderates a monthly NYC gig called, The Pro Shop, which had been moderated for more than 30 years by the late great music titan Ann Ruckert. Ann passed away in October 2014 and Rosen has been fortunate enough to lead a pack of crazy talented songwriters in this monthly networking and support group get together.

A couple of final shout outs-  everything that Simon Rosen does is in memory and honor of his parents, Bernard and Rita Rosen. His mom, Rita, passed away in February of 2015, and Simon channels his grief into pushing ahead to try to change the world for the better, through music and its components (the people who comprise the music business).

In addition to losing mentor and friend Ann Ruckert, Simon mourns the loss of talk show originator, client and friend Joe Franklin.   Joe founded the talk show genre 70 years ago, and there was no person more responsible for breaking new talent than Joe Franklin.  In his inimitable humble manner.  Simon keeps the spirit of Joe Franklin inside of him as he pursues his career in entertainment.