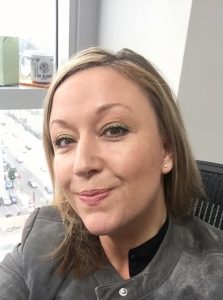 Born and raised in Dublin, Ireland, Sinéad moved to Los Angeles to study film at CCH and after graduation, she landed her first job at Hans Zimmer’s Media Ventures Pictures. During her time at MVP she quickly climbed the ranks from Assistant to Creative Executive and was overseeing a 5 picture deal with renowned Director Werner Herzog. When MVP closed its doors Sinéad moved to Remote Control as Film Consultant to Zimmer and dove deeper into the film music industry, budgeting and coordinating scores for theatrical releases such as Catwoman, Constantine, Curious George, Poseidon and The Promise, amongst others.
Before her entry into the world of production music, Sinead joined Musikvergnuegen, focusing on original score in the advertising space. She then transitioned to Musikvergnuegen’s music library Music Beyond as VP of Business, which was then acquired by BMG in 2014. Sinead continues to be a top-level music executive at BMG Production Music and has been an essential part in the shaping of its future since its inception 5 years ago. Having worked with some of the best names in both film and music, Sinéad offers a vast working knowledge and understanding of music in film and television, encompassing both the business as well as the creative side of the industry.