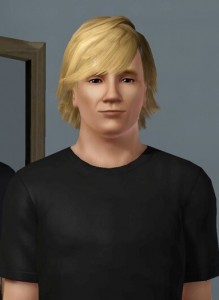 Jeremy Soule is an American technologist and composer of soundtracks for film, television and video games. He has won multiple awards from organizations such as ASCAP, BAFTA, MTV, IGA and many more, and has been described as the “John Williams of video game music,” having directed and produced musical and technical solutions for over $5.5 billion in entertainment and software products.

He has composed soundtracks for over 60 games and over a dozen other works during his career. He is best known for his work in The Elder Scrolls series, the Guild Wars series, and several other top-selling titles such as Star Wars: Knights of the Old Republic, World of Warcraft, Total Annihilation, Neverwinter Nights, Dungeon Siege and Harry Potter.

While many of his works are orchestral, he considers himself a “music practitioner”, or someone who creates music in general rather than just one type of music. His favorite type of game to compose for is ambitious games by people with new ideas, rather than any specific genre.

In the years 2012 through 2014, Soule is one of four living composers to be honored in the UK’s largest public survey of “The 200 Most Beloved Classical Works of All Time” of ClassicFM.

In 2013, he was voted at #5 greatest of all time, most notably surpassing Beethoven in this poll of more than 8 million listeners.

Soule also serves as an advisor for m.a.m.a. e a r t h which has raised money for Nourish The Children, Volunteers of America, Shine On Sierra Leone and Yayasan Bumi Sehat (who provide pre/post natal and gentle birthing support in Bali and Haiti), Ashinaga in Japan, and many more.