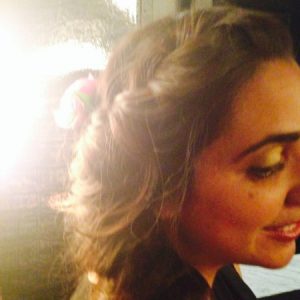 For over 10 years, Stephanie Diaz-Matos has been an acclaimed music supervisor for advertising, TV and film. After being a producer at Ogilvy and Mather, she went on to serve as co-founder and executive producer of Search Party and is currently executive producer at McGarrybowen and the Music Supervisor of the acclaimed Netflix Series “The Get Down”. She’s worked on such notable and award winning projects such as The Vow, Smash, and Grey Gardens. As well, her client list includes the biggest brands in the world from Verizon to American Express.

Ms. Diaz-Matos has creatively and logistically executed scores of licenses for her high profile clients, bridging the gap between brands and bands, with projects such as the Verizon holiday campaigns in which recording artists covered existing classics, the DVF Presents Proud To Be A Woman Volume 1 & 2 (a CD to benefit Vital Voices), and the Google Dear Sophie award winning license