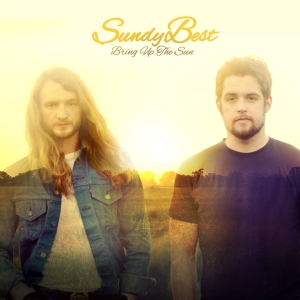 The new duo Sundy Best, consisting of long time friends and songwriters Nick Jamerson and Kris Bentley, has been featured recently in THE NEW YORK TIMES, Nash WEEKLY, ROLLING STONE and many other outlets. They have also been named one of the TOP New Acts to Watch in 2014 by Rolling Stone and Paste magazine. The duo recently performed with the venerable classic band NRBQ on the popular WOODSONGS radio and TV show featured on various APR and NPR stations.  Their two man live show is garnering exceptional live reviews as their headline tour crosses the country. They were also honored by their home state of Kentucky declaring a proclamation of Sundy Best Day across the state during their recent album release of Bring Up The Sun.

Some of the recent press has name-dropped artists such as Mellencamp, The Eagles, and Petty in their descriptions of Sundy Best, proving their fresh and unique combination of folk, rock, and country, along with their Appalachia roots, shines through on their new 15 song collection. The boys’ personal love and affinity for 70’s singer-songwriters is very apparent on all of their songs, all of which they write themselves. Always creating, writing and honing their sound while on the road, Nick and Kris have already begun recording several new songs for 2015 release.

The accolades have been piling in this year for Nick and Kris as well. CMT has chosen them to be their only independent artist in their new artist “Listen Up” series beginning this summer and running through 2015. Pizza Hut has tapped the boys as well to spotlight their rising talents with a Sundy Best artist profile during the fall and winter, and a kick off concert at the Austin City Limits Festival in October. Over the next few months, Zynga Games is in development of a Sundy Best online and mobile game for their worldwide network, a first for a music artist. 2014 has been the year of Sundy Best and the train doesn’t show any signs of slowing down. You have two opportunities at this year’s Sync Summit Hollywood to see the band Rolling Stone ranked as one of the “Best Performances Seen at CMA Fest 2014” and hear how two friends from Kentucky are making their distinct mark on the music scene today!

Music Video for “Until I Met You”: http://www.youtube.com/watch?v=QOtHrikE7YU

Music Video for “These Days”: http://www.youtube.com/watch?v=nhON7YPXxNE