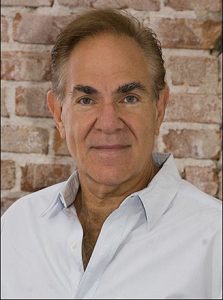 Ted Cohen stands at the crossroads of the music, entertainment and technology industries, a technology maven & pioneer since scoring his very first Atari 800 computer with a 300 Baud Hayes SmartModem over 30 years ago. Currently Managing Partner of TAG Strategic, which he launched in 2006, Cohen has forged a three-decade-plus career on transforming the old-school music and entertainment industry by integrating his widespread authority on all things digital, from mobile and IPTV to high-tech product launches and consumer media service development.

In a music business now fueled by technology yet often reluctant to embrace change, Cohen has managed to bridge the gap between time-honored practices and the rush of new techniques in marketing and audience engagement, one of the few executives in the business who “gets it” while constantly making sure others do, too.

Cohen managed several bands & promoted concerts while in high school before enrolling at Ithaca College in New York, promoting shows while working at his school’s radio station, WICB. Cohen left Ithaca and returned to his hometown in 1969, where he attended John Carroll University. His professional career began behind the counter at Disc Records—a 34-store retail chain in his native Cleveland—learning the business from the ground up, fueled by a love of music (especially rock and roll!) and the various ways it interacts with consumers. He then served as a regional rep for Columbia Records, joining Warner Bros. Records in 1972. For well over a decade, he worked with artists such as Alice Cooper, The Doobie Brothers, Fleetwood Mac, The Who, Van Halen, Prince, Talking Heads, Robert Palmer, the Sex Pistols, Pretenders, The Ramones, Roxy Music, Asia and Al Jarreau among many, many others, accumulating a cache of entertaining war stories and pictures to prove it!

The intersection of music and technology has been a fascination for Ted since joining an innovative new media work group launched by Warner Bros. in 1982. This cross-division ‘think tank’ between Warner Music Group and video game sister company Atari gauged the impending synergy and impact of personal computers, the compact disc, and CD-ROMs on music consumers. He then held senior management positions at Westwood One Radio Networks, the legendary artist management company Sandy Gallin, Jim Morey & Associates, Cypress Records (whose roster included Jesse Colin Young, Kenny Rankin, Southside Johnny, & Jennifer Warnes) and Philips Media where he focused on interactive music projects for their CD-I platform producing an award-winning CD-ROM for The Cranberries.

Cohen then served as EVP of Digital Music Network Inc., where in 1998 he co-founded and served as Chairman of the Los Angeles-based groundbreaking annual Webnoize conferences, going on to craft and establish the globally-influential MidemNet conference in Cannes two years later. Cohen is arguably the only person in the industry who worked simultaneously for the RIAA and Napster during the height of that pioneering yet ill-fated service’s remarkable run in 1999, trying desperately to bring the two entities to the bargaining table for a workable solution. Cohen also formed two highly successful new media consulting operations—DMN Consulting and Consulting Adults—attracting major clients like Amazon.com, Microsoft, Universal Studios, DreamWorks Records, Liquid Audio, Wherehouse Records/Checkout.com along with various other entertainment, technology and new media organizations.

Dubbed ‘part ambassador and part evangelist’ during his tenure as Senior Vice President of Digital Development & Distribution at EMI Music, Cohen was instrumental in crafting the licensing agreements upon which the iTunes Music Store and Rhapsody subscription services were built, along with Microsoft, Real Networks, Rhapsody, Virgin Mobile, Motorola, Nokia and Verizon, among many others over five very transformative years starting in 2000.

Today, with offices in L.A., N.Y., Miami, London and Mumbai, Cohen’s TAG Strategic specializes in negotiating and expediting agreements with entertainment media rights holders. He launched his media consultancy with a handful of clients, including Gibson Guitar Corp., Muze, EMI Music, Limewire, EyeSpot and Participant Media. He and his staff have serviced such corporate giants as Coca-Cola, Verizon Communications, SanDisk and UK Trade & Investment, along with innovative start-ups such as Hello Music, StreamJam, West 10 Entertainment, Telesystems, Clip Interactive and Urturn, among many others.
Ted Cohen stresses his approach to music & technology is holistic and inclusive, believing the two disciplines were meant not only to coexist but to also thrive through collaboration, paving the way for a new golden age of music discovery and enjoyment. He sees his role as bringing the two together as elegantly as possible.

“I spent the first half of my life touring with bands, watching fans experience music and the second half promoting & utilizing technologies and devices that empower new musical experiences,” he explains. “I’m still very optimistic about how all this is playing out. It’s been admittedly awkward, but I believe it will play out nicely, it has to or everyone loses. My job is to continue to ensure that it happens.”
Cohen has served on the local L.A. chapter of the Recording Academy’s Board of Governors, as well as its national Trustee Board. He currently is on the Board of Directors for the Neil Bogart Memorial Fund and Mouse.org, an innovative program placing computers in the hands of every deserving child. He also lends his time and expertise to music and technology education efforts such as the Grammy in the Schools program and has served as the Chairman of the Mobile Entertainment Forum Americas.

Ted has recently been chosen to receive NARM’s 2013 Presidential Award for Sustained Industry Achievement. From NARM’s President Jim Donio, “Without Ted Cohen’s influence, the music industry would be a much different place today. In a time when record companies were exploring the best ways to make the digital revolution work for them, Ted provided a clear vision for the future that has helped to stabilize our industry, and he remains a key influencer today thanks to his work with TAG Strategic. He is a true pioneer in our field, and we are excited to present him with our Presidential Award.”