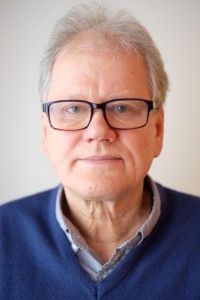 Tapio Korjus is the owner of Rockadillo Records, a Finnish independent label specializing in World Music, jazz and electronica. He is also the Chairman of Finnish indie labels association IndieCo as well as a board member of European Indie Producers Impala, IFPI Finland, Music Publishers Association Finland and Music Finland (formerly Music Export Finland, which he was a founding member of). He is also one of the founders and owners as well as the Chairman of Finland’s leading annual music business conference Music & Media, which will be held already for the 26th time in October 2015.

Tapio Korjus started his company as an artist manager, agent and concert promoter in 1971. The record label was introduced in 1982. The Rockadillo group of companies consists of the record label plus management, booking agency and promoter Rockadillo Production Oy and Zen Master Publishing Oy, which handles immaterial rights. The music of many of the artists on Rockadillo Records and published by Zen Master Publishing has been synced to full length movies, documentaries and television dramas as well as TV and radio commercials. Among Rockadillo/Zen Master artists & authors Anssi Tikanmäki has written scores for several feature films by arthouse directors Aki and Mika Kaurismäki, and Tapani Rinne has composed theme music for many Nordic television dramas. During his 44 years’´career Tapio has also promoted and booked hundreds of international top artists from more than 40 different countries in Finland and has booked Rockadillo artists to more than 50 countries.