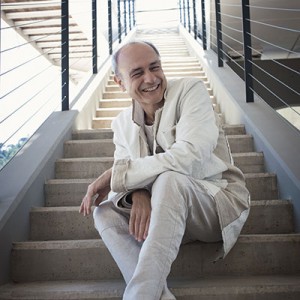 Toni Verde is an award-winning composer, musician, arranger, songwriter, conductor, who blends multiple styles of music with him own exciting touch to produce compelling and vibrant tracks.

In his career he has composed more than 1500 songs in different genres of music from classical to pop, from rock to electronic, from dance to jazz to opera and he has won numerous gold and platinum records.

From 2010 to 2011 he worked for the soundtrack of the gothic musical “The Ark of Jade” mixing different genres of music from rock to opera.

The Musical has been represented in the most important Italian theaters and one of the most beautiful squares in the world “Spanish Steps” in Rome in front of 100,000 spectators.

Last year he published up Crescendo Recordings new album titled “The World to Come” stationed at n.1 in the Top Classical iTunes Chart for 16 weeks (Italy) and in the Top 10 in the U.S. and UK.

– Circus in the Sky

– Princess of the Desert

– Planet of the White Rabbit

The apocalyptic and symbolist style of “Circus in the Sky” opens the tracklist of this offbeat project.

The sweet-toned melody, in neo-pop style with gothic tints, of “Princess of the Desert” doesn’t prevent Toni Verde from mixing-in a rich rhythmic structure in deliberate contrast.

“Planet of the White Rabbit” opens up the imagination: the tribal rhythm melds with the wildest electronic sounds.

The infinite melody and the glacial sounds of “Dreaming” finally take us into a daydream world, made of symbolic boundless spaces.