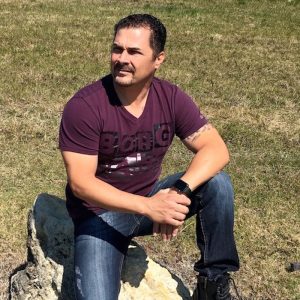 Music is as natural and essential to Walter Hansen as breath itself. He grew up in a musical household where he first learned an instrument – the notoriously complex accordion – at just four years of age. With eager practice and innate talent, he was nationally competitive a mere three years later. Soon, his unbridled adolescent imagination and natural understanding of melody would compel him to begin composing and arranging his own work.

He picked up the saxophone in elementary school and was immediately drawn to the magic of using his own lungs to create music. Throughout his secondary education, his connected sound and high-level technical skill earned him over 20 superior medals. He also received a scholarship to Florida State University College of Music, one of the top music schools in the nation. There, he honed his composition skills writing and arranging for a myriad of the college’s musical groups.

After earning his degree in music education from FSU, Hansen fancied a bit of adventure. He auditioned for and was accepted into the highly selective United States Navy Band. While stationed in Italy, he played accordion, began to sing, and played the saxophone in every available military ensemble, from jazz band to pop groups.

Back in the States, Hansen’s childlike love for music and creative abandon are as strong as ever. Only now, they are enhanced by his lifetime of experience as a performer and composer. He began producing his own music shortly after attending a grad program at FSU, and his style is wholly and beautifully his own. His synthwave and jazz-inspired tracks artfully blend his voice with a wide variety of instruments, playfully reflecting his rich personal experiences and musical history.”