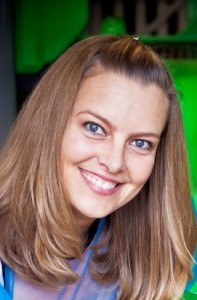 Wendy Christiansen is Senior Vice President, Film & Television Music, for Warner/Chappell Music. In this role, she is responsible for securing creative licensing opportunities for Warner/Chappell, Rhino Entertainment, and Parlophone Label Group, in the film and television arena.  She also oversees the day-to-day duties of the West Coast creative licensing staff. Christiansen is based in Los Angeles

Christiansen expertly develops creative opportunities, initiates innovative solutions and meets the synchronization needs of potential licensees, through working closely with studio executives, music supervisors, directors, producers, and music editors.  In addition, she is responsible for developing marketing tools and concepts to promote represented songs, songwriters and artists to reach the film and television community in a meaningful way.

Before joining WMG, Christiansen was Senior Director, Film Music for BMG Music.  Prior to that she was Senior Director Creative Film & Television at Zomba Music, where she was responsible for the promotion, placement and licensing of all Zomba controlled record label masters and publishing copyrights for film, television, soundtrack albums and commercial use.  She began her music career in publicity at RCA Records/BMG.