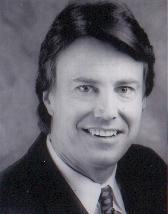 He has represented his clients in entertainment contract disputes, negotiations and business entity formation. He is currently working with several high profile clients on copyright terminations. He also secures licenses for all forms of content including music and audiovisual footage for use in motion pictures, documentaries, music concerts, TV programs, advertising campaigns and online entertainment.
Wallace advises clients on entertainment branding and marketing strategy and has successfully registered or protected 100’s of trademarks related to the communications, entertainment and fashion industries. He handles many digital media matters including copyright and licensing issues related to “apps”, streaming and download clearance.

In addition to structuring and negotiating deals for his clients, Wallace has also won several high-profile litigations including a copyright infringement case with the largest monetary judgment ever awarded for the use of a single .sample. in the rap song .Whoomp! There It Is..

Wallace has authored numerous articles for legal and trade publications and is a regular contributor to Billboard, Entertainment Law and Finance and The New York Law Journal. He is a frequent speaker on panels, at lectures and at seminars throughout the country on current entertainment business issues as they relate to new technology and the internet.Wallace has appeared on many national television and radio broadcasts including COURT TV and HARD COPY. He was a teenage recording artist for Epic Records before attending Fordham Law School.