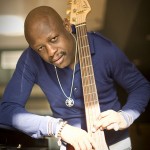 Jerry “Wonda” Duplessis is perhaps one of the most successful and musically adept producers to emerge from the hip-hop era since 1994. Born in Croix-des-Bouquets, Haiti, the self-taught musician turned Grammy Award-winning super-producer has worked with everyone from Michael Jackson and Shakira to Justin Bieber and Whitney Houston in his storied 17-year career. And now, Wonda has begun the next phase of his career with the launch of Wonda Music, his new production company that is all about “the sonic.”

Music started as a family affair for Wonda in East Orange, NJ. In the early ‘90s he and his cousin, Wyclef Jean, were the production masterminds behind The Fugees. In 1996, the trio struck platinum with their sophomore album, The Score, and things took off from there. The album became one of the best-selling hip-hop albums of all time and earned him three Grammys – Best R&B Vocal Performance (“Killing Me Softly”), Best Rap Album and Album of The Year. It also put the Booga Basement, the studio that Wonda, his brother Renel and Wyclef built together in their New Jersey home, on the map as a hitmaking factory. Albums from Wyclef, Destiny’s Child and Whitney Houston were all recorded at the studio with the duo on the boards and Wonda’s name quickly became known in music industry circles for his work with Wyclef.

In 1999, Wonda co-produced Carlos Santana’s masterpiece, Supernatural. His collaboration with musical icon Carlos Santana resulted in domestic sales of 15 million and eight Grammy awards, including Best Pop Performance By A Duo or Group for “Maria Maria,” which held the No. 1 chart position for 10 weeks.

With the industry clamoring for more music from Wonda, he and Wyclef opened Platinum Sound Studios in New York in 2001. Credited as the loudest studio in New York, Platinum Sound has become the epicenter for all of his music since and is the foundation for Wonda Music. The studio is where Wonda and Wyclef collaborated on Shakira’s 2006 worldwide hit “Hips Don’t Lie.” The song is one of the top selling songs of the 21st century and reached No. 1 in more than 50 countries and made Shakira the first female Columbian singer to top the Billboard’s Hot 100 chart.

Despite all of his success, Wonda is just getting started. After years of collaborating with Wyclef, the duo parted ways creatively in 2009 as Wyclef began to follow his political and social aspirations. “When the earthquake happened in Haiti, I went down there and worked,” explains the proud Haitian who co-founded Yéle Haiti with Wyclef in 2005 and serves as CEO. “When I came back, I said, ‘Life is really short. I gotta do what I gotta do.’”

Determined to carry his musical legacy on, Wonda launched Wonda Music as a one-stop shop for hits. He has recently produced hits like Mary J. Blige with Diddy and Lil Wayne’s “Someone To Love Me” and Justin Bieber’s “U Smile.” Currently, he is in the studio with a host of A-listers including Musiq Soulchild, Estelle, Mary J. Blige and Akon. Wonda – who also discovered City High – has also begun signing artists, producers, songwriters and musicians to Wonda Music. His first two artists are Sean McGee and Annekei.

The vibe of Wonda Music is that of a creative commune. Artists, songwriters and producers flow in and out of rooms, sharing melodies, lyrics and ideas. Their goal is a common one. It’s the same goal that Wonda has. It’s to create the right “sonic” for whatever project they’re working on.