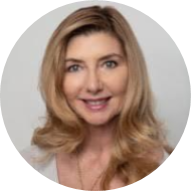 Pilot Music has 20+ years of experience clearing for all types of media such as film, TV, Internet, podcasts, promo video, political promotions, and more. We assess all required rights assessed for your use and assure the needs of our clients. Working with some of the largest film, TV, and video producers in the Entertainment Industry, Pilot’s expertise is in creating customized clearance plans for any job, whether it be one clearance, fifty or more. TV specials and clients with high volume needs are assured fast, accurate, low-cost Sync Licensing with customized planning. Pilot has a proprietary database, with 20+ years of clearance history, that speeds up answers and clearance approvals to make us extremely efficient and accurate in our work.

1998–Present Business Owner • Principal • Pilot Music Business Services
Opened in 1998 and began working with an impressive list of world- class clients (TV Networks, Feature Film and Ad Industries) led to their unprecedented 25 year ongoing relationship with ESPN (Woodie began working with ESPN prior to opening Pilot). Pilot clears all Licensed Music for TV Broadcasts, Promos, Internet & Mobile releases). Pilot is proud of its long-term representation of Howard Shore, the Academy Award winning composer, who has scored such films as Lord of the Rings (the trilogy), Doubt, The Hobbit series, Twilight, Aviator, Gangs of N.Y., the Saturday Night Live Theme and much more.