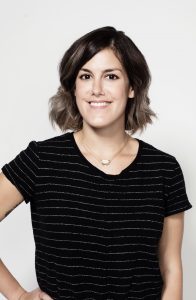 Amanda Krieg Thomas is a music supervisor with over a decade of experience collaborating with top-level creators on a wide range of projects from unscripted docu-series to critically-acclaimed cable dramas and everything in between. She is currently working on season 2 of breakout ballroom drama, Pose (FX), wicked dramedy, Claws (TNT), feminist horror series, Ratched (Netflix), the film adaptation of Tony Award-winning play, The Boys In The Band (Netflix) and season 9 of the ground-breaking anthology series, American Horror Story (FX) with a new season of hit procedural, 9-1-1 (FOX) on the horizon. She recently finished work on satirical comedy, The Politician (Netflix), Proven Innocent (FOX) and Life In Pieces (CBS). Other highlights include critically-acclaimed espionage drama, The Americans (FX), lauded anthology series, The Assassination of Gianni Versace: American Crime Story (FX) and tech thriller Reverie (NBC). Amanda began her career in the music department at Lionsgate, before moving to Reveille (now Endemol Shine North America), where she music supervised unscripted shows Rhett & Link: Commercial Kings (IFC) and One Born Every Minute (Lifetime). She then joined Format Entertainment in early 2012 as Music Coordinator on projects such as Pitch Perfect 1 and 2 (Gold Circle Films/Universal), The Other Woman (Fox) and ABC comedy, Trophy Wife. Additional music supervision credits include indie features Girl Flu (starring Katee Sackhoff and Jeremy Sisto) and Grace Stirs Up Success (American Girl/Mattel) and performance competition show Fake Off (truTV). Amanda is on the Board of Directors for the Guild of Music Supervisors and a proud member of the Television Academy. She also recently published her first e-book, Thinking In Sync: A Primer on the Mind of a Music Supervisor, which is available on Amazon.