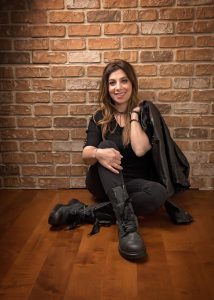 Songwriter and lyricist Amira Gadd is a versatile talent, inspired by acts ranging from hard hitting rock bands like Metallica and melodic rock like Coldplay, to top 40 artists like Lizzo and Cardi B. Gadd has been naturally musical since birth, and was naturally rhyming conversations and humming melodies constantly as a child. Gadd’s creativity never waned, but her passion fell to the backburner as a real profession as she grew her family and focused on raising her children, until she decided to truly focus on her songwriting as a career in 2017. Since then, she’s gotten dozens of songs made, been brought on as a mentor at a sync agency, as well as received the honor of being a friend of the Guild of Music Supervisors. She is often invited to be a panelist at music conferences and events, and prides herself on guiding hundreds of similar creatives on their artistic journeys. Amira is currently the Creative and Client Services + A&R at Garrett Whoosh Trailer Music for Motion Pictures.