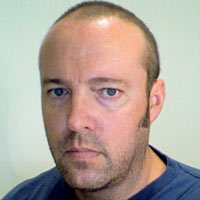 John Bissell has been music supervising film, television and commercials for 20 years.

Initially, he worked in-house at Paramount Pictures before his big LA freakout in 1992 and buying a house in Montana. Once there, he became one of the biggest concert promoters in the region along with independently music supervising such projects as The Horse Whisperer and a number of Canadian television series and films.

After moving back to Los Angeles John supervised dozens of other films and television series including, Joy Ride, The Legend of Bagger Vance, The Dangerous Lives of Altar Boys, Lord of War, Ladder 49, American Wedding, No Reservations, Ugly Betty, The Bridge, The Blacklist, Hearts In Atlantis and State Of Affairs The Hurt Locker and the upcoming Shrek Forever After.

Current Films include Fallen and Lowriders.