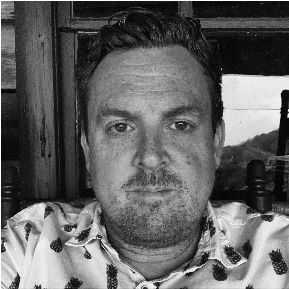 On February 26, 2023, from 10 AM – Noon Pacific/1 PM – 3 PM Eastern, Gratitude Sound Executive Producer  joins us for what promises to be a fantastic Supervisor Listening Session.

Bryan Porter Hinkley is a Boston-based guitarist, vocalist, and songwriter. He’s best known for co-founding and playing guitar in the punk rock bands Tree and Never Got Caught as well as founding the music house, Gratitude Sound.

Bryan’s dynamic career in music began in the 7th grade when he started a band with his classmate Nick Zinner, (from the Yeah, Yeah, Yeahs), and their math teacher. In High School, Bryan joined punk/hardcore band Tree, with his brother. In addition to recording multiple albums and years of international touring with Tree, Bryan has toured with the bands’ Gang Green, Clutch, and his first project as a frontman, Never Got Caught. Bryan also held the titles of tour manager, stage manager, and guitar tech.

Bryan’s company, Gratitude Sound is always looking for companies and artists to work with on their award-winning campaigns.

Sign Up For This Listening Session With Bryan Hinkley