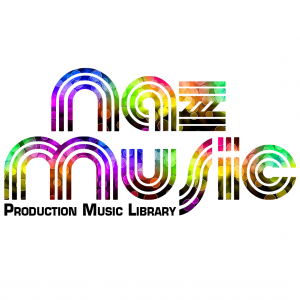 nazMusic is a Husband & Wife team! Nazareno (Naz) is an emerging composer of guitar with interests in Classical, Jazz, Surf, New Age Lounge, Gypsy, Exotica, Spy, Spaghetti Westerns, Contemporary & Blues, and has written over 100 original compositions to date. As a solo virtuoso, Naz’s talent has been described by critics, as: “an Olympic guitar player” or “in a class of his own” as well as “a musician’s musician”; and has been described as modern-day Segovia.

In additional to being a gifted musician, Naz is also an accomplished AV & Sound Engineer who has produced Live Shows, Live Performance Recordings as well as Studio Recordings, with experience that spans over 20 years.

While Cher is a Multimedia Engineer & Producer with formalized PMI training and over 25-years of experience in Communications. Cher has witnessed the entire evolution of media – from traditional pre-Press (the newspaper era) to the advent of the internet, to the Digital Age we are in now. She has also worked in almost every role, from Content Creation to Production to Development to the Management of “Digital Everything”. Similarly, in the Music Industry, she also witnessed the entire evolution from audio to digital and the many format changeovers that have occurred since. This Media Veteran has seen it all, and understands all tasks required in order to produce results.

During our Musical journey of launching our own catalog of works, we met Jack Millman and eventually agreed to administer his various Production Music Libraries.

Jack Millman is an American Jazz trumpeter & Band Leader; an arranger and composer of Jazz & Symphonic works; a Catalog Library owner; as well as a prolific music producer who is primarily known for his recording sessions with other now-famous West Coast Jazz musicians. Jack has written over 700 compositions and 10 Symphonies.

Jack brings with him his wealth of industry knowledge and established industry connections. And at 90, Jack is showing no signs of slowing down! Jack Millman was a notorious Producer who started his Commercial Licensing Libraries in 1965 (Banyan aka: BPI, JADALE, Music Industries, Video Music International, SoundWave International, and Keepsake Music), and produced and/or purchased a massive amount of instrumental Jazz for use in TV & Film. Jack’s studio was located at Cahuenga and Sunset Blvd’s, a few steps away from the Hollywood Walk of Fame.

Jack’s Library had existed on mostly Reels, DATs and Cassettes. NazMusic has begun the process of transferring from the older formats to 192/24. So far we have transferred roughly 220 Albums – which we are still working on Metadata creation for. I suspect that there are 500-600 albums to go.