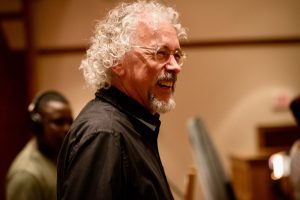 Please join us on June 27th, at 10 AM Pacific/1 PM Eastern, with Music Supervisor Rick Clark for what promises to be a fantastic Supervisor Listening Session.

Rick Clark grew up immersed in music in his hometown of Memphis, TN, a place where Rock, R&B and Blues was everywhere. His first records where Sun Records 45’s by Carl Perkins, Jerry Lee Lewis and Charlie Rich, as well as New Orleans Dixieland jazz by Sweet Emma & The Preservation Hall Band and raw British Invasion albums by The Yardbirds and The Kinks. Clark regards his first concert, James Brown & His Famous Flames in 1966, as a life-changing event that inspired him to pursue a life in music. By High School, Clark was working in Memphis’ main record shop, Poplar Tunes; a place where local artists like Isaac Hayes and Al Green would sometimes hang, as well as every self-respecting band from England who made a pilgrimage there.

During the 70’s onward, Clark played live and in sessions, including projects with members of Big Star, Memphis Horns and the seminal Memphis Power Pop scene.

Early on, Clark DJ’ed his own radio show at WLYX-FM Memphis and his enthusiasm for creating great road music mix cassettes earned a rep as a go-to guy for new and great sounds, eventually starting a successful business programming music for every genre in venues throughout the South and other parts of the country. Eventually, he wrote for numerous national publications, including Billboard, Mix, Rolling Stone, Guitar Player, the All-Music Guide, Goldmine and others. He also authored The Expert’s Encyclopedia of Recording and, most recently, the third edition of his book Mixing, Recording and Producing Techniques of the Pros.

In 2012, The Oxford American brought Clark back on to produce their future music issues and CDs, including Lousiana, Texas and the Tennessee music issue which featured a two-CD set.

As a Music Supervisor, Clark’s credits include working with Jason Reitman on Up In The Air, Big Star: Nothing Can Hurt Me (a film about the critically acclaimed band Big Star), Billy Bob Thornton’s Jayne Mansfield’s Car, the AMC episodic Western show Hell On Wheels, Oprah Winfrey’s gospel drama Greenleaf for the OWN network and Sundance/AMC TV’s Hap And Leonard, which was nominated Best Music Supervision in a Television Drama for the 2019 Guild of Music Supervisor Awards.

Beginning in 2018, Clark began recording and releasing music under his own name. The music, most of which is very cinematic, includes the jazz-influenced Southern urban folk-blues “Crack in the Sky,” raw road rockers “Deep South” and “Highway 79,” as well as the darkly New Orleans-influenced horn ensemble work on “Faith In Doubt.”

In 2019, Clark also began releasing music that is an updating of classic disco called Disco Slam, featuring “Fever,” “Speak Your Mind” and “Dreams Are Made of Nights Like This.”

he Sync Music Listening Sessions connect and your music to a top music supervisor who will listen to your music, give you invaluable feedback and connect with you on a personal level.