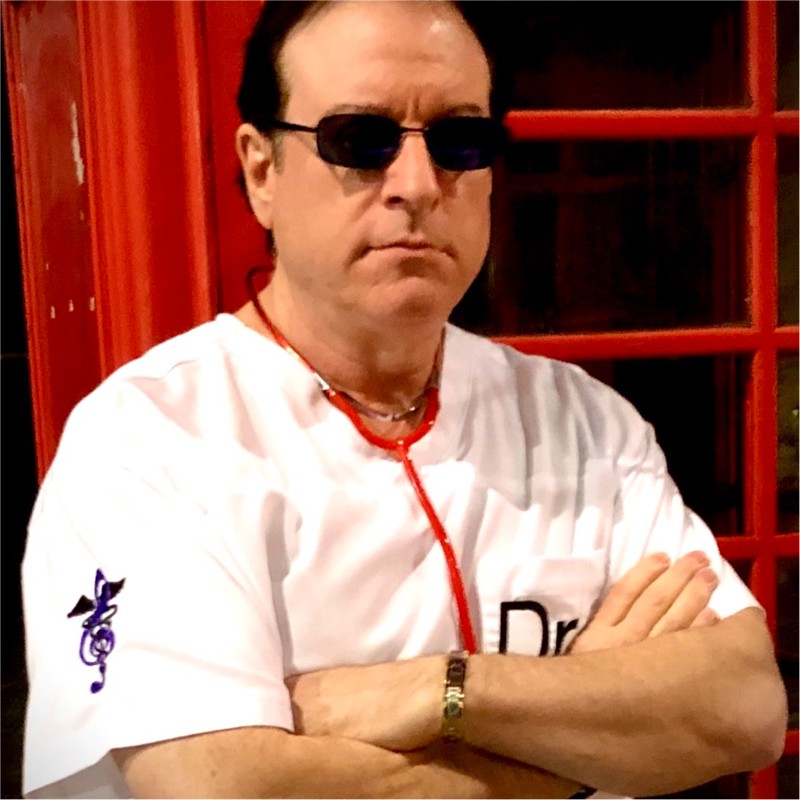 On January 22, 2023, from 10 AM – Noon Pacific/1 PM – 3 PM Eastern, Grammy Awward winning producer and keyboardist Matt “Doctor” Fink  joins us for what promises to be a fantastic Supervisor Listening Session.

Fink has won three Grammy Awards, three American Music Awards, and numerous RIAA gold and platinum awards for his work with Prince and The Revolution.

Fink joined Prince’s band in 1978, which later became The Revolution and worked with him until 1991. His work with Prince included his work with The Revolution, The NPG, Madhouse, and the 1984 film and album Purple Rain, which has sold over 25 million copies worldwide.

His work with Prince includes co-writing credits on the songs “Dirty Mind“, “Computer Blue“, “17 Days“, “America” and “It’s Gonna Be a Beautiful Night,” as well as studio session credits on the albums Dirty Mind, Controversy, 1999, Purple Rain, Around the World in a Day, Parade, Sign o’ the Times, Lovesexy, The Black Album, and Graffiti Bridge.

In 1987, Fink opened his own studio facility in Minneapolis, now called “The Operating Room,” where he works on other projects such as his Sony Acid Loop libraries titled Dr. Fink’s Funk Factory and Matt Fink’s StarView Session Keys which is also part of the quartet of the Artist Integrated Sample Libraries.

After his tenure with Prince, he became staff producer/engineer for Minneapolis-based record label K-Tel/Dominion Entertainment, from 1991 to 1996 where he produced and recorded fifteen specialty album projects. In 2001, he released the solo album Ultrasound. Other credits include video game soundtracks for Headgames/Activision, work with King Show Games on both voiceover and music for casino game machines, PBS documentaries, and various advertising spots.

In 2007, Fink signed an exclusive management deal with the German-based management and production company, Mozart & Friends, where he worked on various projects for Universal Music Group, Warner Bros. and Sony Entertainment.

Most recently as an executive music producer, he gathered some of the finest musicians/composers for the Rhythm Rumble video game created by Pixelakes.

After Prince’s passing in 2016, Dr. Fink reunited with The Revolution, who has a song featured in the 2019 Netflix feature, Wine Country starring Amy Poehler, Maya Rudolph, Rachel Dratch, Ana Gasteyer, and Tina Fey.

In this listening session, Matt will share his depth of knowlege on music production, structure as well as music licensing and collaboration.

The Sync Music Listening Sessions connect and your music to a top music supervisor, sync agent or music producer who will listen to your music, give you invaluable feedback and connect with you on a personal level.

Sign Up For This Listening Session With Matt "Doctor" Fink