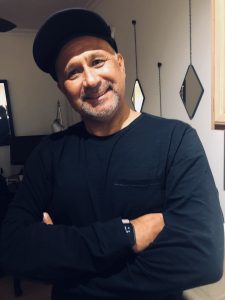 Garrett Castillo hails from Central California, where music and movies provided a creative outlet since he was a child. A 25 year veteran of the motion picture industry, Garrett began his career in 2000 in the world of sound design and quickly transitioned into sound mixing. In 2005 he discovered editing and a love and passion for telling a good story and enticing movie goers to the theaters. Garrett lent his creative talents to both major studios, working several years at Warner Brothers and SONY Pictures Entertainment as well as post production companies Aspect and Mob Scene. Moreover, Garrett’s capabilities of working in long form, short form and BTS projects laid an impressive trail of campaigns for major and creditely acclaimed movies.