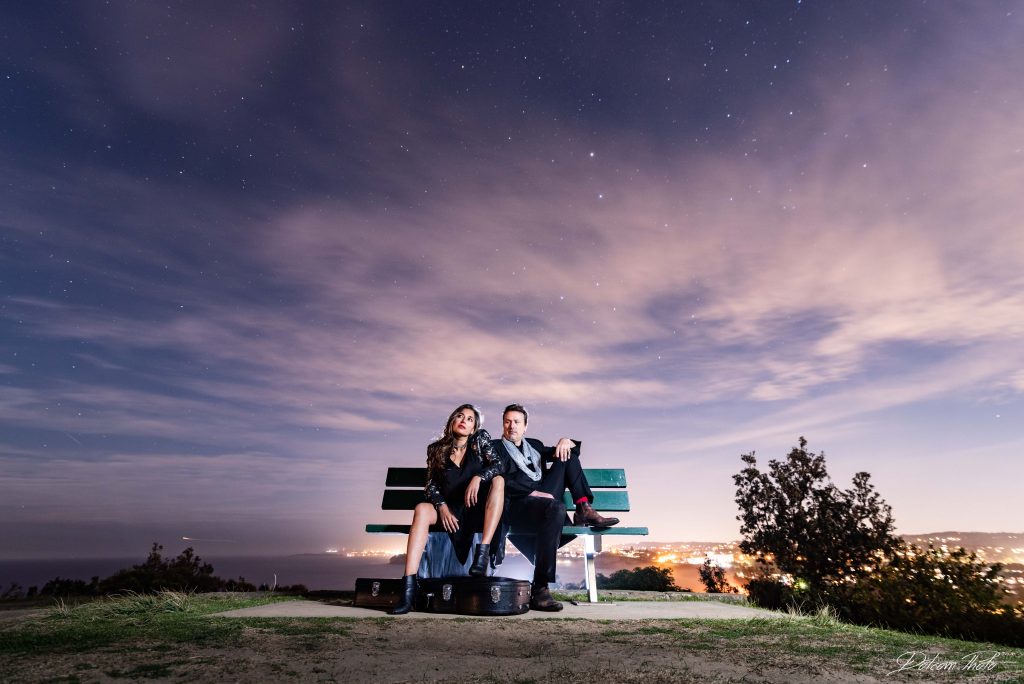 Goldfynch is an art-focussed contemporary music collaboration of multi-award winning Guitarist/ Composer Gavin Libotte and Singer/Poet/ Songwriter Niyati Libotte. Blending their mutual love for and eclectic taste in music, art and film, the husband-wife team find inspiration for their songs from living life in close quarters before and during the coronavirus pandemic. The result is a haunting merger of tone, emotion and energy that takes you on many journeys- by turns moody, cinematic and aspirational, above all human. It’s storytelling in song, catharsis in sound.

Much like the symbol of the little songbird itself, there’s an overarching message of hope and positivity through challenge and change. More specifically the band’s messaging often favours mindfullness to combat many of life’s current trials, be it destabilised children, lack of wealth, ageing parents, rising mental health issues, relationships, finding meaning, and focussing beyond the material.

Goldfynch draws on many influences, from Ella to Air, the Beatles to Radiohead, Madeleine Peyroux to A.R. Raiman, Eva Cassidy to Coldplay. The music accordingly mixes genres and each song is unique, blending jazz, acoustic pop, soft rock, classical and folk, with Indian, Latin, Jewish and French influences. A true melting pot of musical traditions.