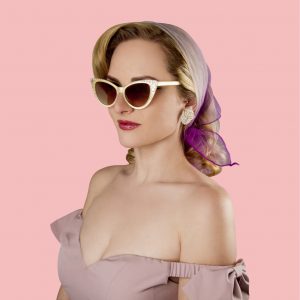 Heather Ragnars is an Icelandic-Canadian singer-songwriter, composer and performer. Influenced by Folk and RnB from the 50s, 60s and modern age, she first garnered attention with live performances. She started out performing solo, accompanying herself on piano. Her songs are witty and heartfelt, evoking nostalgia, anger and closure.

After being voted into the Top Ten and then the Top Five Singer-songwriters in Montreal by the readers of local magazine Cult MTL, Heather independently released her first solo EP, Bench Warmer. With a vintage voice reminiscent of Amy Winehouse and Lana Del Rey, she is perhaps best known for her performances at Montreal cabaret club “The Wiggle Room” where she performs her songs with a full band, featuring Burlesque Artists. This is where she discovered her passion for fusing music and visual media, which led her to compose custom pieces for visual media.

Heather is the Sync Manager at one-stop boutique Sync Agency “A Matter of Music” and a Music Coordinator at “The Sync Report”. She is also studying composition and voice at Concordia University and producing new songs set to be released this year.