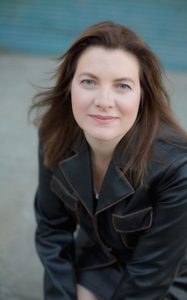 Janine de Souza is a singer/songwriter. She has written and produced a musical (“Brand New Day”), lead and founded a Jazz band for 8+ years in Boston while teaching as a Kindermusik teacher (5 years) and working for a musical theater summer camp and at an elementary school (7 years). She received her Associate’s Degree in Business from Broome Community College and her Bachelor’s in Professional Music from the Berklee College of Music in Boston, MA. Janine was awarded a Songwriting Scholarship while attending Berklee. She enjoys writing in several different genres: Pop, Country, Rock, and Children’s music. She is currently co-writing numerous sync songs for ads, film, and TV. Along with her fantastic co-writers, Janine has had placements with a regional McDonald’s commercial “Let’s Go”, a placement in the reality TV show, “Bering Sea Gold – Race the Storm” in the finale session episode with “Army of One” as well as internet ads with “Can’t Break Me” for the Nova Scotia Tourism office and Truman’s Cleaning Products. She and her co-writers have also won 1st place in the Broadjam Hot 100 Contest for “What’s It Gonna Hurt?” as well as other finalist placements in several songwriting contests. All of her sync songs are 100% “One Stop”, cleared and ready to go!! Her goal in songwriting is always the same……to create music that will move people emotionally and authentically.

If you are interested in placing any of these songs in ads/film/TV or would like to hear more, please email me at janine_desouza@yahoo.com Thanks so much for listening!! 🙂