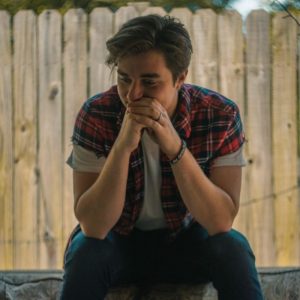 Heartfelt and hardworking. Jay Putty has settled into a new home and groove in Nashville. Jay Putty can be found on Sunday morning’s brunching barefoot and playing guitar.

A songwriter by day and social media manager in every hour in between. It’s no coincidence that recent releases have been streaming in numbers by the 100’s of thousands. Not bad for a small town kid from Indiana who only picked up a guitar because of sports injuries. Though, an excess of concussions may have ended a recreational sports career. It opened a Pandora’s box of creativity that has lead to becoming one of Music City’s most sought after independent writers.

Refusing to wait for a “big break” Jay’s following has been built upon the uniquely genuine relationships he has developed with his fan base. An engaging optimist and empathetic soul, transparently vulnerable songs share experiences of love and self-reflection.