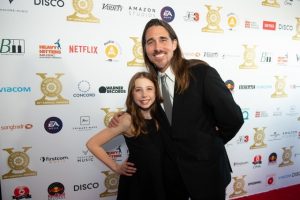 Joel C. High is a music supervisor and producer who has worked on over  150 films, television projects and video games, and also is chief  executive for a supervision, production and events company he co founded in 2006. Over the last two decades, he created and supervised the music departments for two of the leading independent studios in the  industry: Trimark Pictures and Lionsgate Entertainment. Joel has served  as co-producer on several music intensive films including 3 with Mario  Van Peebles. In addition to his acclaimed supervision work in motion  pictures, television and video games, working with directors such as  Tyler Perry, Marc Forster, Peter Bogdanovich, Don Roos, Roger Avary,  James Foley, Bill Paxton, Billy Ray, Mario Van Peebles, Duane Adler and  Rob Zombie, he is a eight-time nominee as outstanding Music Supervisor  of the year (most recently winning for the film “Of Mind And Music”and the Warren G documentary “G Funk”). He is a founder and board member  and current President of the Guild of Music Supervisors, and has  previously served on the board for the California Copyright Conference.  Joel is currently the principal executive at creative control Entertainment, a multi-faceted music supervision, consultation, live  event and production company, with offices in Los Angeles and New  Orleans and diverse clients ranging from independent studios and  national brands to international governments.