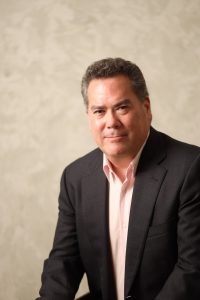 Mr. Thompson was born in Kingsville, Texas and first came to Japan in 1971 as the son of a U.S. Navy enlisted father and Japanese mother. Mr. Thompson returned to the U.S. in 1975 and continued his education in the U.S., graduating with honors from the University of Arizona in 1988 with a degree in Oriental Studies (Chinese).

After graduation, Mr. Thompson returned to Japan in 1988 to work as an Assistant English Teacher in the Japanese government sponsored JET program.

In 2005, Mr. Thompson joined Nichion, Inc. as General Manager for International, and in 2015 was appointed to Nichion’s Board of Directors as Director of International. During his time at Nichion, Mr. Thompson also played an integral role in the development of various digital initiates as a key member of the Music Publisher Association of Japan (MPAJ) Digital Task Force.

In March 2020, Mr. Thompson was appointed as Managing Director of UMPG Japan and also currently serves as a board member of the MPAJ as well as the ICMP.