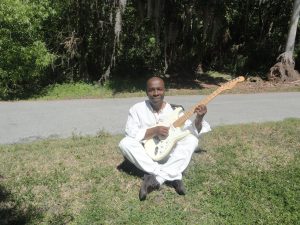 Songwriter to Producer to Artist – King Fernand is “HAPPINESS TO LIFE “

The music is the solo project of King . A Florida based songwriter / producerHe has developed a timeless concept and delivers a style that transcends multiple boundaries . “ HAPPINESS TO LIFE “is appealing to fans.with a blending famed POP/ EDM/ HIP-HOP /ROCK sounds with uplifting messages . In this moment , King is focused into the business of writing music for Sync Licensing.King began playing the guitar while he was in High School , then moved on to College and studied music theories for a year and a half . He had a private music instructor along the way . While he was growing up in NYC , he had the opportunity of playing many different styles of music and has performed with tons of Pop , Urban , Rock , Latin and Reggae bands .King’s original style of music is another step forward showing audiences that the song can be crafted in a meaningful , emotional and captivating manner .King has been involved in the writing and releasing of two albums and several single in the past .The energy , talent and story telling ability have made him a force to be reckoned with in the music scene. King was born in Haiti , grew up in NYC and now reside in the State of Florida .