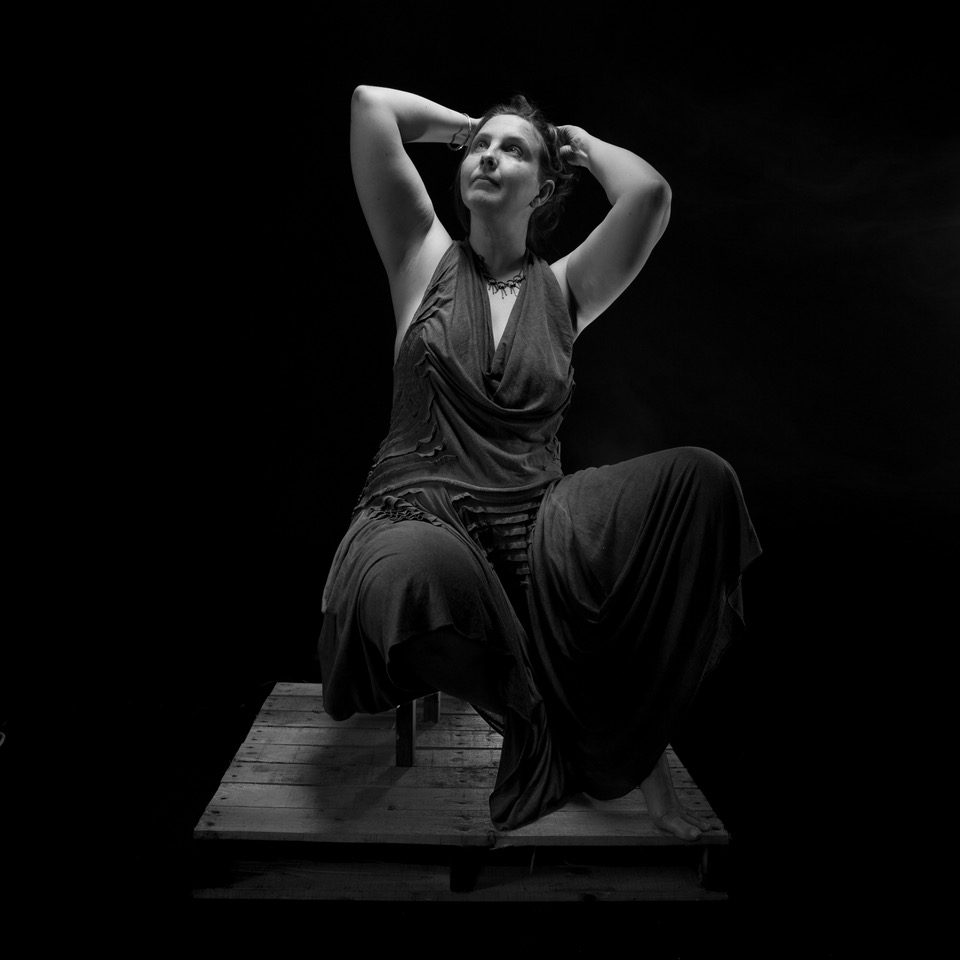 With a voice that has been described as having the texture of ‘smoke and velvet’ Kirsty McGee has created a unique songbook, drawing on old vinyl blues, gospel, ’30s jazz, Brechtian ballads and Brill Building sensibilities…all couched in whiskey tones, rending refrains and raw honesty. An innate curiousity, a DIY ethic and with an abiding love of the Great American Songbook, have produced music that’s hard to categorise but difficult to ignore.

Over the course of 18 years, Kirsty McGee’s career as a touring artist has taken her through 13 countries and from the Arctic to the Mojave desert forging a kind of music she calls ‘hobopop’ – music with no fixed genre. Citing influences such as Louis Armstrong, Lhasa De Sela and Sister Rosetta Tharpe, Kirsty has forged links and collaborations with luminaries like Go Go Penguin’s Rob Turner and Nick Blacka, veteran producer John Wood (Nick Drake, Sandy Denny) and New York jazz legend Marc Ribot (Tom Waits, John Zorn).

Her 8th album, The Deafening Sound Of Stars features players from Beats & Pieces Big Band, Richard Hawley band and arrangements inspired by Mulatu Astatke and Tom Waits. The bigger arrangements create an album that’s cinematic in its musical scope and that delights in exploring musical colour, shape and form. The album tips a battered hat to her roots in Americana songwriting and draws inspiration from the warmth and playfulness of the jazz standards of the 1930s and 40s.

Kirsty is a genuine original: a multi-instrumentalist equally at home with the bass flute and the musical saw; a songsmith with very few peers at her level of craft. 2020 has brought a new scope and freedom to Kirsty’s work. With numerous side-projects including the Transatlantic songwriter collaboration Ocotillo, British-based new psychedelica project All The Bees and her work as a session musician and flute arranger, this new chapter will see her focus shift to setting up a home studio and building partnerships with a view to working for synch.

That her music pairs beautifully with film can be attested to by her growing pedigree: In 2013 her song Sandman was featured on UK filmmaker Danny Boyle’s movie Trance & tweeted about by Emma Watson. Vladimir Bilenjki’s HBO Europe release of his film Dad uses her song The Glimmer in the Corner of Your Eye in its end credits. Whilst much of her earlier catalogue is administered by Universal and BMG, The Deafening Sound of Stars is entirely one-stop.

Praise for The Deafening Sound of Stars:

“An unqualified celestial masterpiece and the most ineffable romantic album of the year. One to fall in love with and to.”
Mike Davies, Folk Radio UK

“The Deafening Sound of Stars is an embarrassment of riches, with more lyrical depth than most… bruised by grace, Trance-like, ethereal, intimate…honest, sensitive & intelligent.”
Mike Butler, Dyverse Music Blog

Whatever, this irresistible, “quietly deafening” – and exceedingly compelling – record may well be reckoned Kirsty’s finest achievement to date, as well as a serious contender for the year’s best-albums list.
David Kidman, Fatea