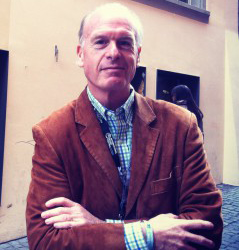 In 1989, Kraft co-produced the Academy Award-winning song, “Under The Sea“, plus the Grammy Award-winning double-platinum soundtrack of The Little Mermaid, along with co-authors Howard Ashman and Alan Menken. In 1992, Kraft was nominated for an Academy Award, a Grammy Award, and a Golden Globe Award for co-writing “Beautiful Maria of My Soul”, the theme song from the Warner Bros. feature, The Mambo Kings. Kraft was also the film’s composer and Executive Music Producer, producing the Gold soundtrack, which spent four weeks at Number One on Billboard’s Latin Music chart. In 1999, Kraft was nominated for a second Golden Globe for co-writing the song, “How Can I Not Love You” for the 20th Century Fox film, Anna and the King, with songwriter Kenneth “Babyface” Edmonds and film composer George Fenton. Kraft also co-produced the long-charting soundtrack on Billboard’s Jazz charts, Swing Kids.

As a writer, Kraft’s other feature film credits include story co-author (with Bruce Willis) and score co-composer (with Michael Kamen) on the Tri-Star film, Hudson Hawk. He produced the Grammy-nominated soundtrack for the Jim Henson Productions’ film, The Muppet Christmas Carol, and composed the score to the Warner Bros. feature, Seven Minutes in Heaven. Kraft was songwriter and musical producer on Adventures in Babysitting and Heartbreak Hotel. His television credits include co-writing theme songs for Who’s The Boss? and Day by Day, as well as writing new themes for Wide World of Sports and songs for Fame. Kraft composed the music for the ballet, “Thriller”, choreographed by Matthew Diamond. (World Premier, Jacob’s Pillow August 1981.) In 1992 Kraft founded the record label, Jim Henson Records, and as the Vice President of Music at Jim Henson Productions, inaugurated their music division.

Kraft was the chief executive of Fox Music Inc. from 1994 until October 2012, supervising the scores and soundtracks for over 300 Fox Filmed Entertainment motion pictures.[3]Highlights during his tenure at Fox include the record-breaking scores and soundtracks from Avatar, Titanic, Waiting to Exhale, Moulin Rouge!, Garden State, Romeo + Juliet, The Full Monty, Ice Age, Dr. Dolittle, Bulworth, Walk the Line, Alvin and the Chipmunks,[4] Once,[4] Juno.,[4] Slumdog Millionaire, Black Swan,[5] Rio, and “Life of Pi”. Kraft’s division,Fox Music, also supervised the music for Twentieth Century Fox Television hits such as “Ally McBeal” and “X-Files“, as well as shows “24“, “American Dad!“, “Family Guy“, and “The Simpsons“. Since 1994, television soundtracks from Fox Music have included the worldwide platinum albums from “Ally McBeal” and “X-Files“, plus hit compilations from “Buffy the Vampire Slayer“, “Dark Angel“, “The Simpsons“, “Roswell” and “24“. Since Kraft became chief executive in 1994, Fox Music was responsible for the worldwide sales of over 60 million albums, producing 3 Platinum, 6 Multi-Platinum and 6 Gold records. During Kraft’s tenure, Fox Music garnered 10 Academy Award nominations, winning 4 Academy Awards, 20 Golden Globe nominations (including 5 Golden Globe Awards), 61 Emmy nominations with 11 wins, and 49 Grammy nominations including 14 Grammy Awards.

In 1994, Kraft was elected to the National Academy of Recording Arts and Sciences‘ Board of Governors, Los Angeles Chapter. In 1995, Kraft became a member of the Music Branch of the Academy of Motion Picture Arts and Sciences.[6] Kraft was honored with the City of Hope Spirit of Life Award in 2002, and with the T.J. Martell Foundation’s Spirit of Excellence in the Arts Award in 2010. As co-chairman of the Grammy Host Committee for the 2001 Grammy Awards in Los Angeles, Kraft and co-chair Tim Leiweke raised money to support Grammy In The Schools. In addition, Kraft founded entermusic.org in 2001 (now “MentorTainment.org”), a Music Mentoring organization affiliated with Hamilton High School in Los Angeles.[7]

Kraft was elected to the Board of Directors of the Harvard Alumni Association in 2008, and is Co-chair of the Advisory Committee of the Harvard Office for The Arts. He has lectured on film music at Harvard University, Brown University, New York University, UCLA, University of Southern California, and Syracuse University. In 2005, he spoke on “Music and Images” at MIDEM, the international music conference, and in 2009 and 2010 conducted film-music seminars at the Havana Film Festival in Havana, Cuba. Kraft is the Berklee College of Music 2012-2013 Artistic Advisor, (International campus-Valencia, Spain);[8] He is also an Executive Board Member of the World Soundtrack Academy, where he was awarded the World Soundtrack Academy Industry Award for 2012, and is on the Board of the International Radio Festival, where he won the International Radio Festival Lifetime Achievement Award for 2012.