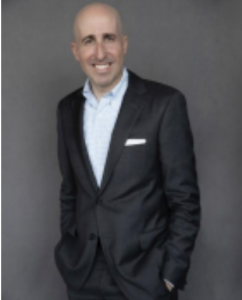 Kris Ahrend serves as Chief Executive Officer for The MLC, where he leads the
organization’s mission to ensure songwriters, composers, lyricists, and music
publishers receive their mechanical royalties from streaming and download
services in the U.S. accurately and on time.

Most recently, Ahrend led the development and launch of Warner Music
Group’s Center of Excellence for Shared Services in Nashville, where he
oversaw the operations of fifteen different functional teams providing a
variety of administrative, financial, and legal services to Warner Music’s U.S.-
based publishing teams, record labels, and corporate divisions. Prior to
launching the Center of Excellence, Ahrend held a senior executive role within Warner Music, where he led a large legal, financial, and administrative shared services organization that he helped to create.

Ahrend began his career in the music industry working in the Law Department at Sony Music, where he provided legal services to all of Sony’s US divisions, including its publishing company. He subsequently worked in the business and legal affairs department at Sony BMG Music Entertainment before accepting a senior executive role at Rhino Entertainment.

A graduate of Binghamton University and the Washington & Lee School of Law, Ahrend worked as a law clerk for the Western District of the Virginia District Court and the Second Circuit Court of Appeals before joining the Intellectual Property & Litigation Group of Simpson Thacher & Bartlett, LLP in New York.
Ahrend is a valued member of the Nashville community. He serves on the boards of the Nashville Chamber of Commerce and the Nashville Downtown Partnership, and is a member of the Music City Music Council. A lifelong musician, Ahrend and his wife, Karen, have two children and live in Nashville.