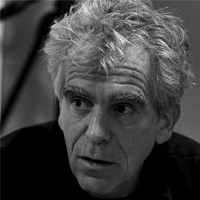 With over 3 years of in-depth advice from key industry professionals SyncLodge has been designed and built. SyncLodge will be launched in Q1 2021 and it will change the way the industry works/communicates. It has no membership or signup fees and so has no barriers to entry except for professional standing.

SyncLodge is privately owned by partners Lionel Lodge (Founder, CEO), Valentin Chira (CTO), and Stacey Haber (SVP Business Legal Affairs) with no outside investment. The development team is all in-house.

“With over 40 years in the entertainment industry, I have been involved with a diverse spectrum of the industry. The key, in my view, is enthusiasm paired with detailed focus. Through this I have been very fortunate to a part of many team focused and creative experiences.

Forever positive, seeing obstacles as challenges to over-come. Thinking outside the box with the perspective that, if no one else has done it yet, that does not gauge its probability for success. Just makes the climb a little steeper.”

Lionel has worked in the entertainment industry for all his adult life, as a creative as well as a business manager. He founded and managed a live music venue while in his early 20’s (Lionel’s, London, Ontario, Canada 1984-1986), founded and managed a live music booking agency with a team of 10 agents booking hundreds of artists all over the UK (UK Bookings, Stroud, Glos. UK 1992-1995), held the position of Senior Editor and Co-Publisher of a UK based entertainment magazine with a circulation of 40,000 per month and a team of over 50 people (Now Magazine UK, Stroud, Glos, UK 1995-1997) and until recently (until the realization that SyncLodge was needed to be built) was the founder and managing director of a sync licensing agency (Vienna Calling Music Network, Vienna, Austria 2014 – 2017). On the creative side Lionel has written hundreds of songs and co-written many more. He has produced albums, engineered recordings, arranged music and has 12 albums released under his name. Lionel has performed 1000’s of shows in many countries around the world. But unlike many in the industry, Lionel has never been interested in fame, he saw fame as chains that needed to be avoided, and in this he has been very successful.