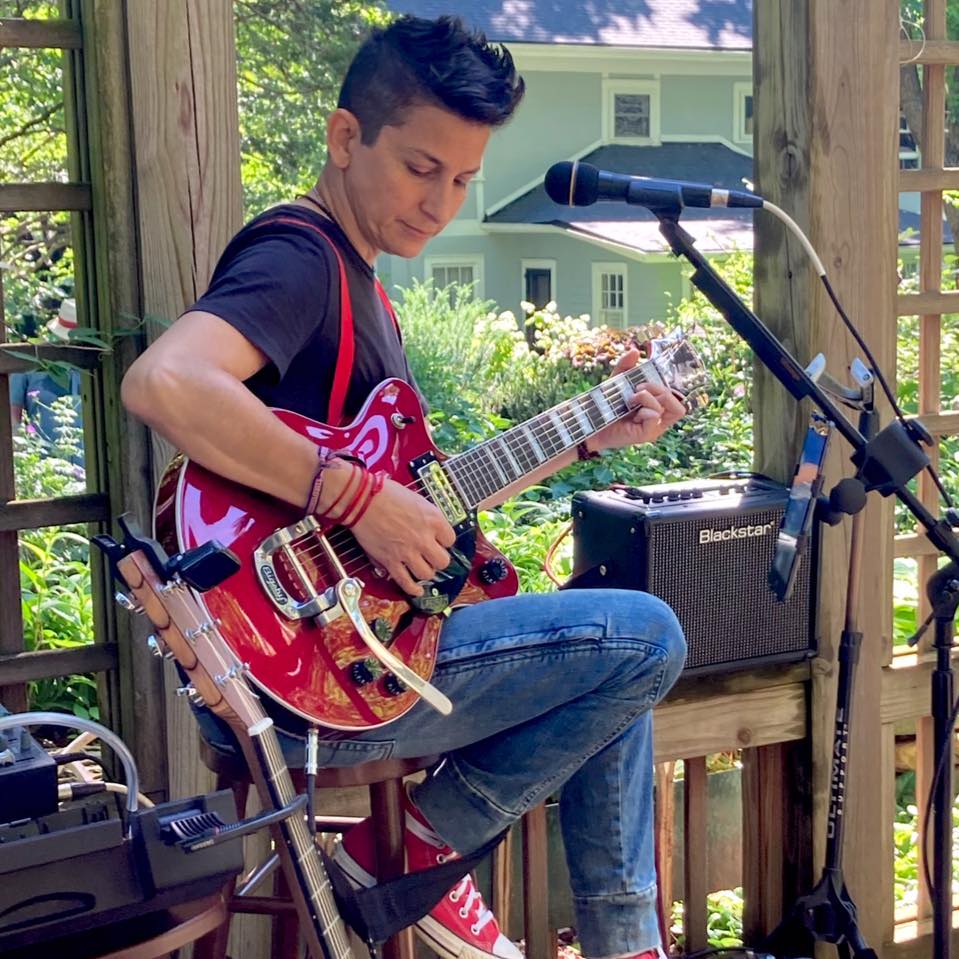 Peruvian born, Asheville based, MAR is happiest on stage sharing songs live, and at the studio when giving them birth! MAR is a singer, songwriter and producer who fuses indie, pop, and folk elements from North and South America across bilingual lyrics infused with acoustic guitars. MAR’s songs tell everyday life stories weaving cultures together and shedding light over the fact that we’re all just one human race, same fire.

A non-binary queer latinx artist and advocate, MAR has shared his music on National TV networks such as Azteca TV, Telemundo, Mega, and International media in Peru and South America. Mar’s music career began in Miami with the debut release, “Busca Tu Voz,” winner of the Song of the Year 2007. The following year his album Lineas 1000 (2008) included a “pop en español” Spanish version of The Cure’s Love song, “Siempre Te Amare,” honoring one of his childhood’s favorite bands. MAR’s passion for music dates back to his early years of life in Lima playing flute, guitar, and singing on stage as a child. A recipient of Premio Orgullo Peruano (2009), Mar remembers his roots with love, and loyalty to the place where he was born.

In 2020 MAR released “I am I” produced by Billy Lefler (Ingrid Michaelson, Lisa Loeb, Avril Lavigne), an EP which is an anthem for unconditional love and alignment with his own true self. He has also actively produced next to 4 time Grammy and 13 Latin Billboard Award Nominee Dany Tomas (Warner
Music), Catharine Wood (Planetwood Productions), DJ Charly from Mexico, Peruvian Francisco Murias Ocampo, and latin drummer Carlo Magno Araya.

For the last 3 years MAR’s focus has been writing, co-writing and producing songs for synchronization. Many of his songs have been signed by Crucial Music, Pink Shark Music, Catch the Moon, Brownout Studios and Pop Up Music.

In addition to his solo work, MAR has teamed up with composer/producer Jim Kuemmerle in the band Les Graines De Porcelaine, making soulful globally-influenced pop music with a sync focus.