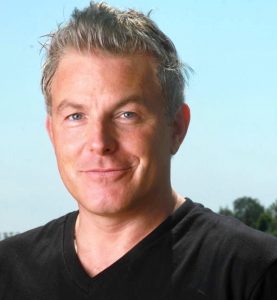 Grammy-nominated Matt Sullivan is recognized as the top music producer and supervisor for movie musicals. His hands-on approach in the recording studio and commanding presence on-set has made him the go-to authority trusted by filmmakers and actors alike. Sullivan starts his work at the audition stage and concludes with the film’s final sound mix. Studios, producers and directors know they can trust him to guide the actors through the entire film making process. Sullivan’s knowledge and expertise are instrumental in the full musical direction. His combined talent for logistics and creativity streamlines the recording and production process.

Sullivan, one of six siblings, traces his passion for music back to his childhood. Music was always a part of his family dynamic. At the age of nine, he taught himself piano by playing along to songs on the radio. He has since been an ongoing student of music and film.

Matt Sullivan has been recognized for his work on numerous films throughout his career. “Dreamgirls” earned him his first Grammy® nomination as Soundtrack Producer as well as a win for the Broadcast Critics Award (Best Soundtrack).  He is credited as Music Producer/Supervisor of three Oscar® nominated songs for “Dreamgirls,” entitled “Listen,” “Patience,” and “Love You, I Do.”  The film “Nine” was recognized with an Oscar® Best Song nomination as well for “Take It All,” produced by Sullivan. Other Grammy nominations include the “Hairspray” and “Rock of Ages” soundtracks. He is also recognized for his work on the Oscar® award-winning film “Chicago,” whose soundtrack garnered both Oscar® and Grammy® nominations and wins.

Sullivan’s most recent achievements include Music Producer, Song Producer and Music Supervisor on Disney’s blockbuster live-action film’s Aladdin and Beauty and the Beast which both grossed over $1 billion at the box office.   Currently, Matt is working closely with Steven Spielberg on the highly anticipated remake of the classic “West Side Story.”

His impressive array of accomplishments spans more than a decade and include Aladdin, Beauty And The Beast, Hairspray, Dreamgirls, Rent, Nine, Chicago, Rock of Ages, Begin Again.   Among many other music soundtrack driven films, including the Oscar-nominated Saving Mr. Banks, Danny Collins, Idlewild, Footloose (remake).

The biggest movie musicals of the last decade—Aladdin, Beauty And The Beast, Chicago, Rent, Dreamgirls, Hairspray—all have one element in common: Matt Sullivan.

Beauty and the Beast (2017) directed by Bill Condon

Pirates of the Caribbean: On Stranger Tides (2011) directed by Rob Marshall