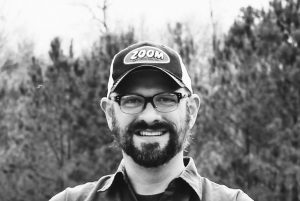 Michael Daughtry is a melodic power rock singer/songwriter from North Carolina. He graduated from Berklee College of Music (magna cum laude) where he received the BEST scholarship (and a performer/songwriter award) for his infectious song crafting. He showcased his original brand of rallying high energy music at the Charles Playhouse by opening up for Blue Man Group performances in Boston for several years. He has recently received recognition from (and shared the stage with) such diverse artists as John Ford Coley, Derek Trucks, Jimmy Buffett, Edwin McCain, Luenell, Guy Torry, Jocko Sims, Bleu, Dale Baker (Sixpence None the Richer), and Mark Bryan (Hootie and the Blowfish). His music has been featured on Apollo Night LA, Public Radio East, WDVX’s Blue Plate Special, and IHeart Radio. When not songwriting and performing, he enjoys spending time with his wife and daughter watching Bubble Guppies and Bluey!