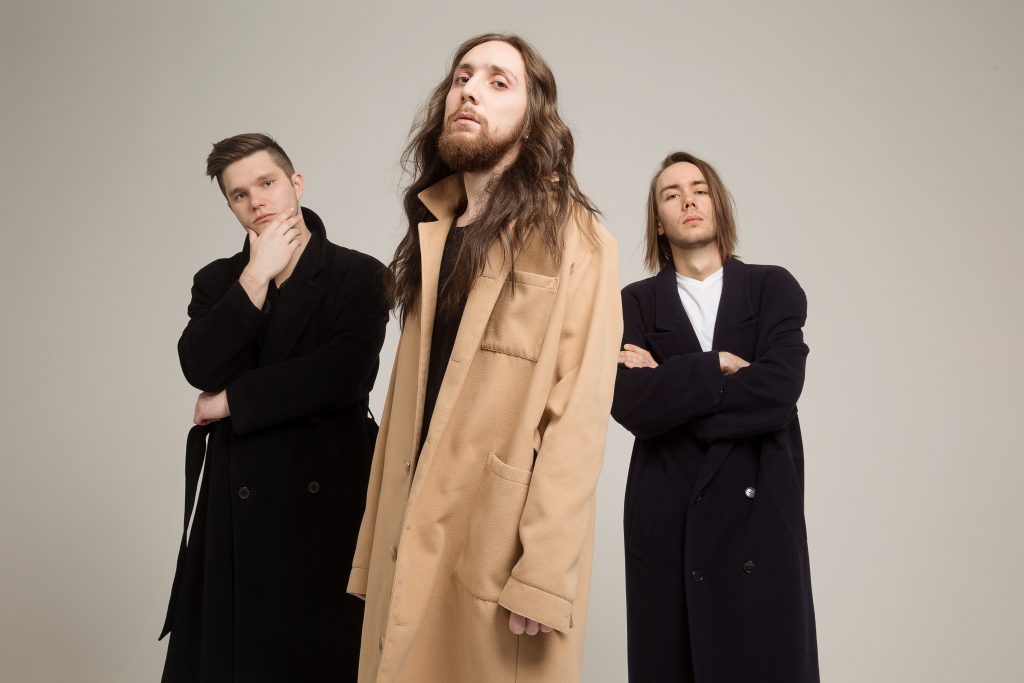 The Central Asian country of Uzbekistan is the homeland of Otabek Salamov (Bek), songwriter, composer, multi-instrumentalist, producer, and founder of the alternative rock/indie-pop band NEEDSHES. Currently based in Moscow, the band – rounded out by Ivan Petukhov (guitar) and Alexey Manakhov (drums) – continues to expand their eclectic style rooted in David Bowie, Queen, and James Brown in 2020.

Bek started his musical journey in early childhood. He attended the music academy in his hometown, Tashkent, where he was awarded the first national prize for his precision on clarinet at the age of 13. As a teen, his interests varied, and he was drawn to compose and perform metalcore in night clubs with cross paint on his face. At that time, Bek was working as an assistant audio engineer in local studios, so he quickly adapted to recording and producing his own music. One day he decided to dilute it with melodic undertones. In the process of creating this transition, he realized that the switch was something that gravitated to his liking.

Otabek gathered a full traditional formation around his brainchild with the intent to create authentic rock music. In 2016 after several line-up changes, Ivan (guitar) and Alexey (drums) joined him and made it possible for the sound created in the studio to fully sound live.