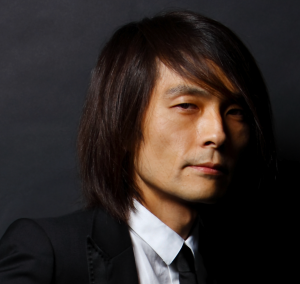 He is known for his mastery and diversity of composition and music production in electronic, dance, rock, pop, and dramatic scores. In addition to commercial releases under recording artist monikers of Captain Funk, (Tatsuya) OE, and Dark Model, he has composed for and has been often featured on TV, film, video games, animation projects, and corporate branding campaigns in the US, Europe, and Asia markets. In July 2012, his composed piece as Dark Model was included on the first footage reel of 2013 movie Elysium(starring: Matt Damon, Jodie Foster. dir: Neill Blomkamp) played at Comic-Con, San Diego.

Tatsuya has collaborated with or remixed numerous artists/bands such as James Brown, Diana Ross,Chic, Simon LeBon, Ron Sexsmith, Serge Gainsbourg, and many other icons. He is also called “Remix Wizard.”[1]

Oe participated in Panasonic’s global branding movie Experience Color[2] which won “The Finalist Award” in New York Festivals, as well as “Silver Prize” for the Tokyo Interactive Ad Awards. Norman Cook(Fatboy Slim) described his music as “F***ing insane!” Captain Funk’s album, “Songs of the Siren,” was selected by Billboard for their feature story “Year in Music 2001/Critic’s Choice”,[3][4] and his song “Twist & Shout” was featured as a theme song in SABU‘s movie “Monday.”[5]

Click Here for a rundown of his many successful brand placements and syncs.