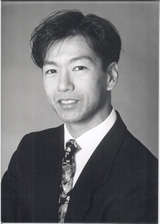 David Quan is a freelance music consultant that specializes in music publishing, music business affairs, and music supervision. His recent clients include BMG/Chrysalis, Peermusic, North Hudson Music, and SQE Music where he was responsible for issuing quotes and licenses for uses of music in audio/video media such as film, tv, videogames.

Prior to that, he was the Director of TV Music Services at NBCUniversal where he handled business affairs, business development, licensing, and exploitation. He negotiated deals for newly created musical works, managed all music issues for NBCUniversal’s cable and network programs, and oversaw the administration and exploitation of the NBCUniversal Music Catalog which included the main title themes and scores from television programs such as “Parenthood,” “Friday Night Lights,” “Battlestar Galactica,” “30 Rock,” “The Office.”

He also held a similar position at Sony Pictures Entertainment as Director of Professional Music Services where he was responsible for licensing and exploitation of the Sony Pictures Music Catalog which included the main title themes and scores from such hit movies and television programs as “Spiderman,” “Men In Black,” “Sense And Sensibility,” “Remains of the Day,” “Legends of the Fall,” “Married With Children.”

Prior to joining the studio system, he worked at various music publishing companies including Warner/Chappell, Leiber & Stoller, Music & Media, All Nations Music, China Music Management and he represented some of the most highly regarded songwriters including Leiber & Stoller, Henry Mancini, Mike Chapman, Holland/Dozier/Holland, Danny Elfman, Ashford & Simpson, Greg Barnhill, and many others.

David is a native of Los Angeles, and he graduated from the California State University at Los Angeles with a B.S. Degree in Marketing. He later attended the University of Southern California and graduated with an MBA in Corporate Finance. He also earned Certificates of Completion in Music Business from the University of California, Los Angeles and in Vocal Performance from Musicians Institute. In his spare time, he enjoys beach volleyball, tennis, hiking, listening to music and watching sci fi movies.