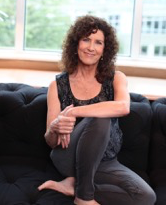 As a vocal producer I work with my husband Gary producing sync masters and singles for artists and songwriters worldwide. I’ve worked with writers and artists in most every state, and 14 countries. We’ve produced in most every genre, and record many pop and Christmas songs for our clients.

I’ve enjoyed being a voice coach for many years. I have a ‘holistic’ approach to coaching, working with singers on the physical and mental aspects of singing as well as vocal skills. I combine my background in music with my sports experience as a fitness instructor, ski instructor, competitive swimmer, studies in yoga, martial arts, and dance to help motivate singers achieve their best in their singing, writing, and performing.

I’ve performed professionally in every medium as a singer: feature films, stage, television and radio. My vocals, songwriting, and production are featured on HBO, Disney, NBC, ABC, CBS, feature films, and CDs.

I’ve begun to rep our music catalogue, learning as much as I can about sync. Our catalogue includes my husband Gary’s music as well as writers we have produced and several other writers. Gary is a prolific writer and multi-instrumentalist and has over 800 syncs in Disney, Warner Bros, HBO, Paramount, Tristar, MGM, 20th Century Fox, ABC, CBS, NBC, The Bachelor, Ellen, Pokemon, Batman, & more. Grammy nominated, Kennedy Center for the Arts Award, Audio Consultant to Apple and voting member Producers and Engineers Wing of the Grammys.

We live in Nashville TN with our son, John, and dog, Malibu (Boo).

This is a small sampling of songs from our catalogue: