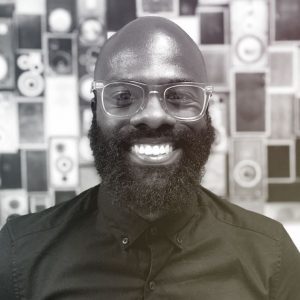 Being the son of a jazz saxophonist and gospel singer, Romero was left no choice but to fully embrace a life of music. From playing drums in the band, to interning at radio stations and production companies in his hometown of Cleveland Ohio, there was no getting around it.

As a composer, music producer, and program coordinator, Romero has worked in various aspects of music for film, TV, theater, and new media throughout the years. But it was in 2015 when he relocated to Los Angeles and shortly thereafter began working with The Guild of Music Supervisors while studying Music Supervision at UCLA.

Romero joined the APM team as coordinator where his love for music and new media was brought full circle. Assisting in asset delivery, creative pitching, playlisting, and music searches, Romero helps to develop insight to the music needs of clients throughout the industry.