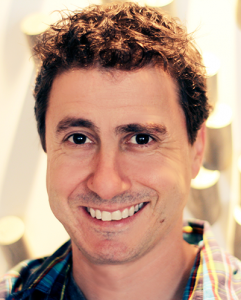 Joe Saba is the co-founder of VideoHelper, one of the leading global creators and suppliers of production music.  He’s also an active composer / producer both for the library and for custom projects, including the theme for “ABC News Nightline”, music for the Olympics, and several Super Bowl Commercials.

In 1995, he and Stewart Winter launched VideoHelper from a bootlegger’s warehouse.  Today, the company’s music is used daily in over 60 countries by many major international broadcasters, studios, agencies and other content creators.  The company is currently based in NYC, with its own studios just off Union Square.

Joe plays several instruments, had a moderately embarrassing stint in a signed band back in the 90’s and is a graduate of Columbia University.  He is also a founder and current board member of the Production Music Association.