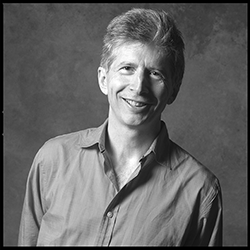 Robert has worked in the music business for over thirty years as an entrepreneur, agent, manager, label executive, consultant, producer, venue programmer and music supervisor. Known for discovering and developing talent, he has represented R.E.M., Professor Longhair, The Gipsy Kings, James Brown, Suzanne Vega, Violent Femmes, 10,000 Maniacs, Smithereens, Fela Kuti, Art Ensemble of Chicago, Bad Brains, pre-Beastie Boys, Sun Ra, Sonny Fortune and King Sunny Ade, along with many others in genres from punk, dance, metal, jazz, world, funk and rap to rock. Robert is recognized as one of the main proponents of new jazz, new wave rock and world music from the late 70’s and 80’s onwards. He‘s also been instrumental in creating, partnering, and/or serving on the Board of many new businesses and non-proﬁt organizations, currently including The Archive of Contemporary Music and Make Music New York.

In 2004, Robert created and directed for 3.5 years, a pilot ofﬁce for the European Commission of the European Union (European Music Ofﬁce, US) and served as Director of The French Music Export Ofﬁce in North America from January, 2004 until January, 2009.

His current main mission and business, Music With Subtitles, is co-creating systems to give music subtitling and dubbing solutions, so that music becomes truly global, through the universal understanding of the lyrics. With full implementation, people will finally be able to understand each other‘s songs across languages, in real time, accompanied by the music. Robert is working with various technology companies and international institutions, as well as many top executives worldwide, at labels, publishers, mobile companies, hardware and software, brands, etc. to achieve this evolutionary vision.

Robert is now a partner of and the Director of International Business Development for 88tc88, a company that is focused on lyric translations, approvals and distribution of international music, with translated lyrics, mostly through mobile carriers, into China. He consults CMJ Network on international and corporate development and Canadian Music Week on international development. He represents through Brasil Music & Artes, all Brazilian music in North America, funded by the Brazilian trade organization, APEX, in a worldwide pilot project called the Brasil Music Exchange. Additionally, he consults LyricFind, .Music, Cyber PR, Ignis Technologies, Farolatino and Marcato Music. He’s also a partner in four music/ language learning and dubbing technologies, utilizing translations of lyrics.